You couldn’t make it up

There is a point where you just can’t face reading The Express, The Mail, The Sun, The Star, a large proportion of The Mirror or The Telegraph and hope never to clap eyes on any of them ever again. We have reached it. Iris thought she could cope and valiantly tried to repress the thinky bit of her brain long enough to scroll through various sidebars of hate. But she’s just not enough of a masochist.

HOWEVER. It turns out that we have imbibed enough tabloid toss to be able to write our own…

Click the image below to read the story in its double page spread glory, or scroll down for text version. 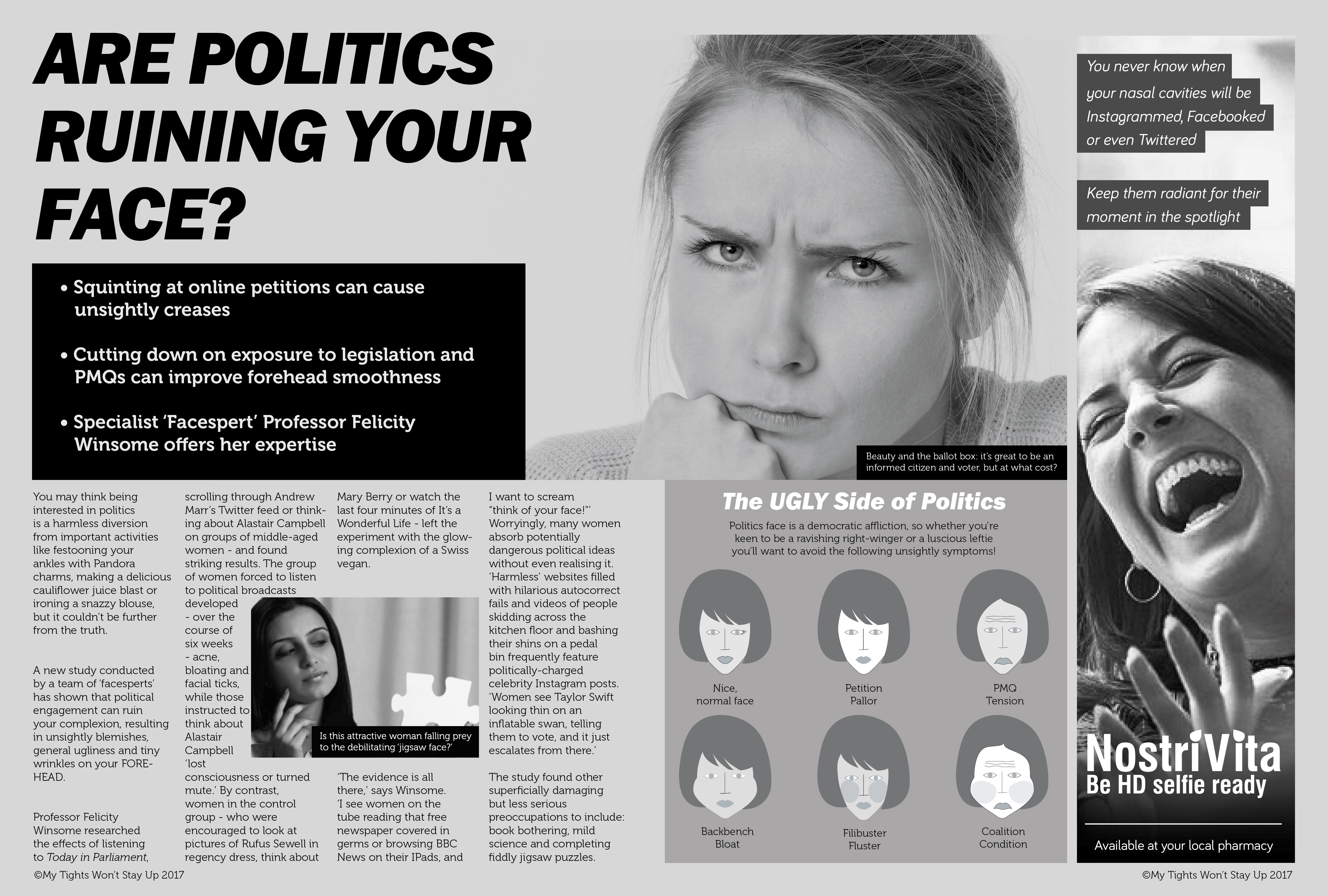 ARE POLITICS RUINING YOUR FACE?

• Squinting at online petitions can cause unsightly creases

You may think being interested in politics is a harmless diversion from important activities like festooning your ankles with Pandora charms, making a delicious cauliflower juice blast or ironing a snazzy blouse, but it couldn’t be further from the truth.

A new study conducted by a team of ‘facesperts’ has shown that political engagement can ruin your complexion, resulting in unsightly blemishes, general ugliness and tiny wrinkles on your FOREHEAD. Professor Felicity Winsome researched the effects of listening to Today in Parliament, scrolling through Andrew Marr’s Twitter feed or thinking about Alastair Campbell on groups of middle-aged women – and found striking results. The group of women forced to listen to political broadcasts developed – over the course of six weeks – acne, bloating and facial ticks, while those instructed to think about Alastair Campbell ‘lost consciousness or turned mute.’ By contrast, women in the control group – who were encouraged to look at pictures of Rufus Sewell in regency dress, think about Mary Berry or watch the last four minutes of It’s a Wonderful Life – left the experiment with the glowing complexion of a Swiss vegan.

‘The evidence is all there,’ says Winsome. ‘I see women on the tube reading that free newspaper covered in germs or browsing BBC News on their IPads, and I want to scream “think of your face!”’ Worryingly, many women absorb potentially dangerous political ideas without even realising it. ‘Harmless’ websites filled with hilarious autocorrect fails and videos of people skidding across the kitchen floor and bashing their shins on a pedal bin frequently feature politically-charged celebrity Instagram posts. ‘Women see Taylor Swift looking thin on an inflatable swan, telling them to vote, and it just escalates from there.’ 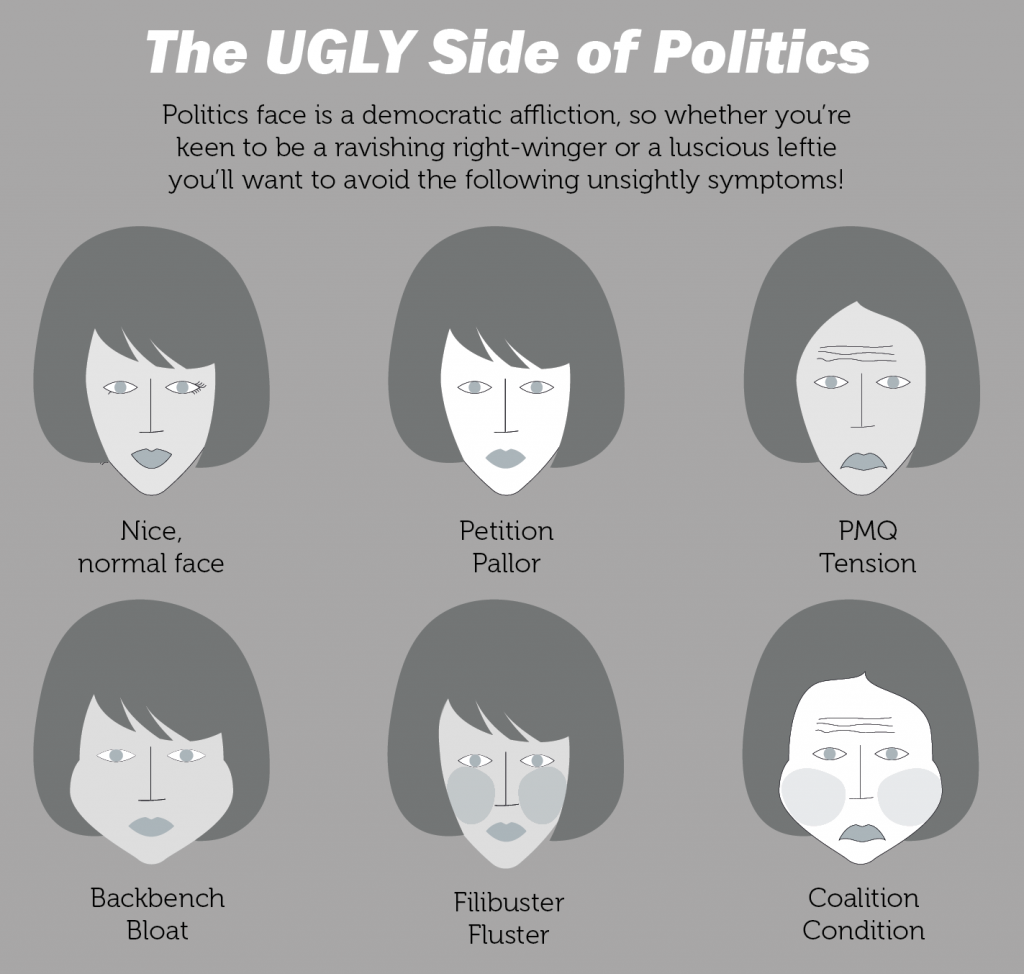