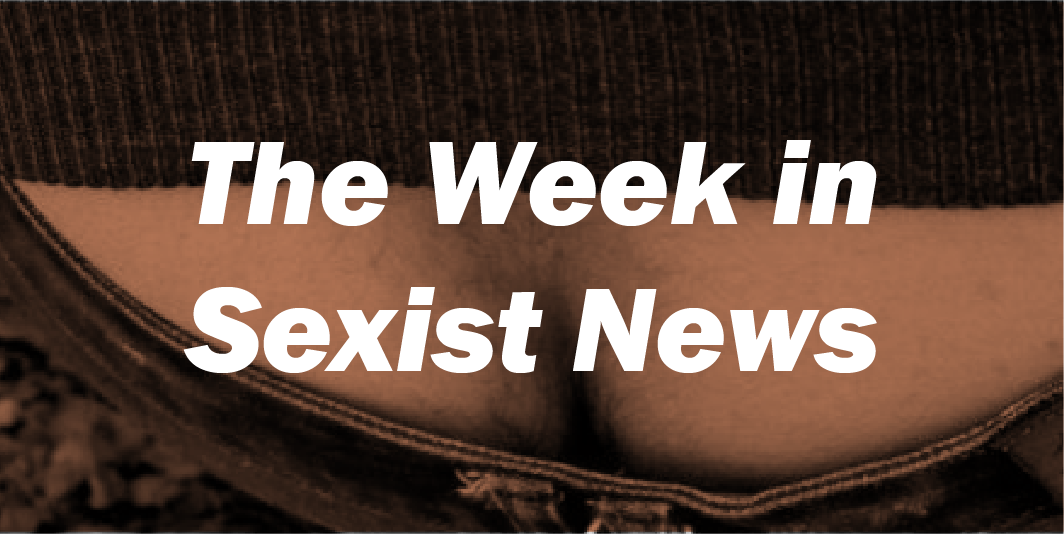 Morning all. It beith Friday. We won’t lie, we’re a little the worse for wear. So, we’ll just leave you here with these 10 slices of journalistic hell, while we go and have a small lie down.

Poor sad, lonely, desperate, nostalgic, lonely, sad, wistful, desperate, lonely, old  Anna Friel. She’s 39 soon and will be 39 ‘AS A SINGLE WOMAN.’ Oh bollocks. The implications of this are dire. Jeez Seb, don’t remind us that women over 30 and SINGLE are a blight on the face of this once great country. We already know. Once upon a time, women who got knocked up at least managed to get the men to marry them. But now, shit a brick, there are SINGLE MOTHERS getting old completely unsupervised. I mean, these women are just carrying on without a man to flaunt, shimmy and sashay for. She might have grown out her pit hair without a bloke around. It just doesn’t bear thinking about. Though, if she has, those delightful human crevices at The Mail would have a new shamey and jolly story to do the news equivalent of pelting a woman in the stocks (creepily-obtained photo) with soggy veg (their turgid copy).

9) If you see an unattended breast, please report to the authorities

Braless? BRALESS? Who the Dickens does she think she is? A real woman wears a bra at ALL TIMES. Breasts cannot be left unattended, they’ll cause mayhem. I once went into Spar without a bra on; all hell broke loose. One of them got frisky and knocked over a pyramid of Spam tins and the other so wantonly beguiled a man in the salad section he wandered around with a cucumber for a full 10 minutes before his wife gave him a stern talking to and took it away. They just can’t be trusted. On another and more disturbing occasion a friend of mine went out clubbing minus a bra and when she bopped, they moved. Everyone was horrified. As everyone knows, breasts aren’t supposed to move. She was asked to leave for outraging public decency with her fleshy manoeuvring.

I, for one, am glad a creepy photographer with a semi followed around this couple and caught Lily James’ tits in flagrante, we can’t be too careful. Breasts are everywhere, just waiting to upset the apple cart. Sometimes literally.

8) The laugh of the Medusas

Women laughing. Untidily enjoying themselves. This isn’t smiling neatly and coquettishly. This isn’t demure, respectful amusement of the lowered eyelids variety. This is wanton, orgasmic guffawing. Reid and Garraway are a disgrace. They probably also enjoy the taste of food and other base and sinful pleasures, like looking at and smelling things. This is not what being a woman is about. Being a woman is about being a docile wank-canvas.

I’m glad The Express have shown us the debauchery of these cackling harlots. It’s a lesson to us all.

7) David Beckham mugged by lower half of woman’s face

Daily Mail Newsflash: Pippa Middleton did not grimace at David Beckham. The correspondent can’t however, be sure as to Mr. Beckham’s facial response to famous-arse-courier Pippa Middleton, as the photo was taken by someone making a nuisance of themselves, and David has his back to us. Presumably he’s rolling his eyes at yet another desperate, single woman fawning over him. There are just so many of them littering the streets, just waiting to accost a sportsman, or any man really. I’m one of them, just fannying about, oozing desperation, making the place look untidy.

Oh, Kim’s been at it again, flaunting and exposing and all that. This time she’s been lying on a pile of aggregate and then standing in a field. That’s what tits and arse connoisseurs at The Star really mean by filthy. Well, sort of. They seem most offended by Kardashian’s choice of underwear, deeming it ‘unflattering’ and ‘Bridget Jones.’ What is a girl to do – it’s a full time job pleasing these journos. One can only aspire to being as perfect as they. The offices of these gossip columns must be chock full of perfect, statuesque, fashion-forward dreamboats too modest to ‘flaunt’ their way to the top. They indeed are a noble inspiration to us all. 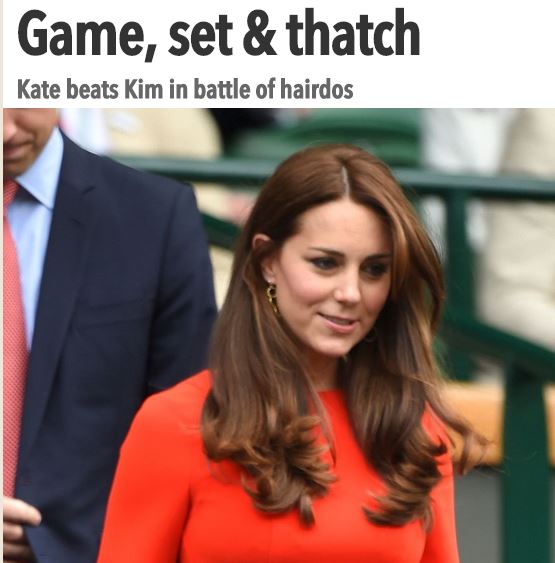 As Pippa Middleton was busy looking wistfully at a Beckham, Kim Sears and Kate Middleton took part in a battle so secret, they themselves were not even aware of it. The battle of hairdos took place on centre court and, according to the THREE Sun journalists it took to write this piece of excrement, Kate won. Ah, what a time to be alive. 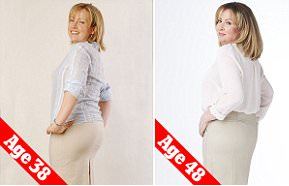 How unusual for Femail to print an article about women losing their looks as they creep towards the decrepit abyss of middle age – they’re usually so optimistic and supportive. Yet, this week, a woman named Claudia Connell airs her deep-seated worries about having a flat arse. This is serious stuff, women. You see, although Claudia was ‘expecting hideous changes’ to occur to her body as she slowly rots into her fifties – she was fully prepared to ‘sag, bag, wrinkle and expand’ – she did NOT expect her ‘derriere’ to resemble ‘a sat-on, flattened cushion.’ She did NOT sign up for this shit.

But what is an arse, if not a flattened cushion for sitting on? I am fully expecting my own derriere to become increasingly flat in the coming years as, after walking a section of the Pennine Way in a hailstorm last week, I have resolved to sit down for the rest of my life. I’ve got three crossword magazines, two Toblerones and the full collection of Anne of Green Gables books – even the crap one where there’s a war on. No, I’m not moving.

3) The fall and fall of journalism

Well, this is one of the weirdest articles I’ve read since The Star went through that phase of investigating haunted strippers and their vanishing knickers. It’s an piece about Rita Ora’s knockers – written by a previous winner of The Sun’s prestigious journalism competition – that is penned in a manner to suggest that Rita Ora’s tits exist entirely independently of Rita Ora, in the way that Chris Evans and Gaby Roslin pretended that Zig and Zag existed independently of the blokes with their arms crammed up their back passages.

For example, in New York ‘the Big Pair were seen flashing some extreme sideboob, going bra-less in a classic little black dress which was barely able to conceal their nipples.’ And ‘Simon Cowell knew the twins could reignite his show’s popularity’ because ‘they are the hottest duo on British TV, subject to a bidding war between the BBC and ITV.’

Lucky Rita Ora! She doesn’t have to do anything! She can just sit back and enjoy a lager and lime while her tits run about usurping Ant and Dec and inciting TV bidding wars. I am so jealous; my tits don’t do anything – they just hang there, getting in the way and not fitting into bras properly. Bloody useless. 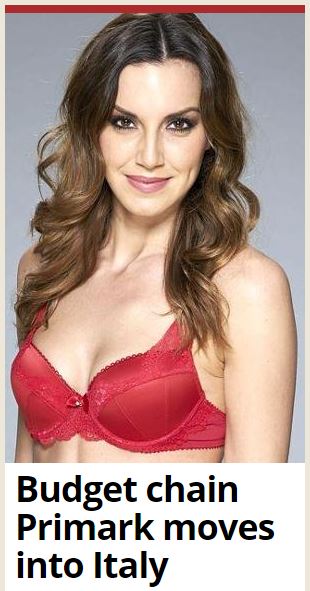 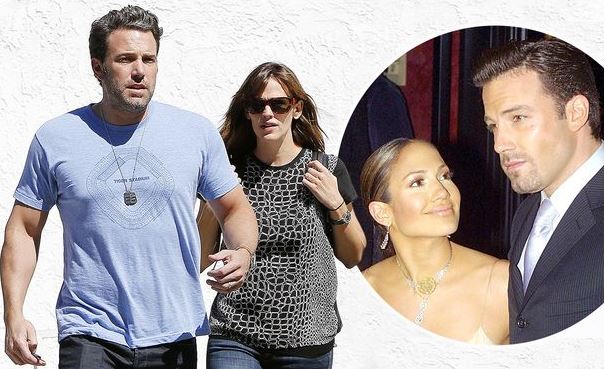 Ben Affleck and Jennifer Garner have split up, and JLo’s behavioral patterns will be ‘FASCINATING’ to watch, according to the man with the worst job in Hollywood: ‘celebrity divorce expert’ Rob Shuter.

Yes, she’ll be fascinating to watch.

Except, Daily Mirror, Jennifer Lopez is a human woman, not a seal lolloping about in search of a mollusc.

It’s not Springwatch. Put the binoculars down and SOD OFF.

So, feeling good? Got a warm feeling about gender parity across the media? Is the warm feeling a wet fart? Thought so. Flora and I must now convalesce at either end of the country (it’s much safer that way, less laughing) and we bid you all to go well and enjoy a jolly weekend.