Good morning, you rabble of delightful malcontents. As usual, we have plumbed the depths of our fair land’s journalist u-bend, and bring you the news equivalent of clumps of hair, soap scum, bits of skin and that weird gloopy grey stuff that is difficult to categorise. Enjoy…

Telegraph columnist Julia Hartley-Brewer, who seems to be comprised entirely of stomach acid, Oil of Ulay and eyebrows, hates ‘modern’ feminists. So far, so predictable. Oh, what’s that Julia? You agree with Hynde and think sometimes women are asking for it? Or a woman in flimsy attire who’s had a few is the same as a house with it’s door wide open, while the usual occupants backpack around Peru? Ah that’s nice. Well done. Dear old Julia seems to imply that ‘The Sisterhood’ is essentially a bunch of hate-filled bitches, mainly for saying that the only person who causes a rape is (drumroll) a rapist! Gosh, how seditious.

Her use of the word ‘squeals’ is interesting. It’s so rare that feminists are categorised as shrill or noisy… Personally, I’d rather listen to a mix tape of a feminist banshee wailing politically correct ditties with Noddy Holder and Edith Piaf, than hear, say, the dulcet-toned, Queen of Audiobooks,  Juliet Stephenson, reading aloud JHB’s malodorous opinions. Though I doubt Stephenson, or anyone worth their salt, could read that acrid toss out loud without wanting to swallow their own tongue.

Ah The Sun, where rays of twatty light shine into the dark crevices of idiocy. They’ve ask six new mums to whip off their clobber, be photographed, and tell us how they feel about the endless barrage of whippet-thin slebs who are doing joggercize and yogic flips before they’ve even had time to sauté their placentas.

Does it take some kind of freakish genius to guess that pretty much all of them feel that most women, including aforementioned slebs, feel under huge pressure to look good at all times? Even after having just sprogged? No, didn’t think so.

Where on Earth might this pressure come from, The Sun? It’s a toughie. Hey! Maybe it could be a fun quiz!
Answers on a postcard to Bell-End Towers, News UK, 1 London Bridge Street, London, SE1 9GF

Hmmm. This Express ‘article’ sounds an awful lot like the kind of monologue one might hear from a twat in the pub:

Twat: Cop a load of this lads, this bird ‘ere says ‘I’m not that sexual’ but leaves the house with her tits and midriff and legs and we’re supposed to just believe her? Heh. She’s got skin and tits and a cracking set of pins [rubs thighs involuntarily] so obviously she’s just frothing at the gusset for some action. Right lads? Heh heh. Tits.  [Twat chugs back dregs, exits stage left and tosses himself off irately in the gents with the picture of Emily Ratajkowski].

Lads, stop worrying; women aren’t that bothered about nob size so, for the LOVE OF GOD, stop comparing yourself to other blokes – The Sun says you’re fine as you are.

Now, here are ten willion photoshopped pictures of models with massive knockers bending over in hot pants, a Woman section full of fat shaming stories and a photo guide to help you decide who should win an arse contest in Brazil. Ahhh, equality.

As predicted, in The Week in Sexist News 28/11/14, there is a currently a Mail journalist camped just outside Kim Murrays’ vagina. You would be able to see her, but I think that’s what she’s actually trying to ‘hide’ behind that bag. And might also be why she’s looking a bit disturbed. 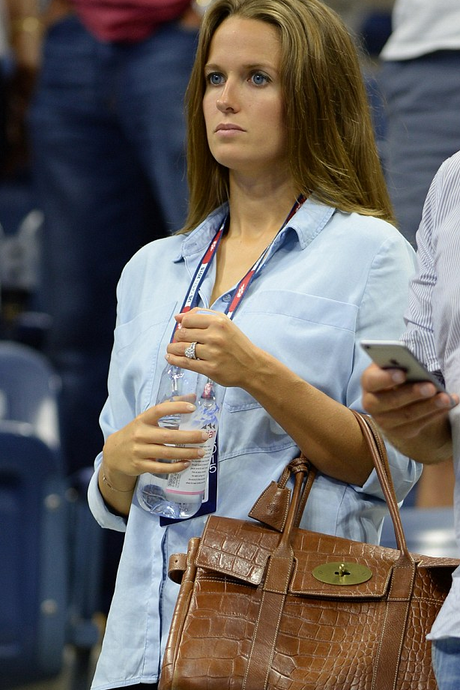 I have no idea what this Daily Mail headline means.

Why is it embarrassing to say ‘bum’ in Waitrose? I said much worse when I was charged £2.79 for an effing cabbage. Or is it the tampon buying that’s supposed to be embarrassing? And why is this woman shoving string up her back passage?

I remember once asking my mother why the cat had string up its arse, but it turned out to be worms. Worms, all over my best cardigan. Cheers Sooty. 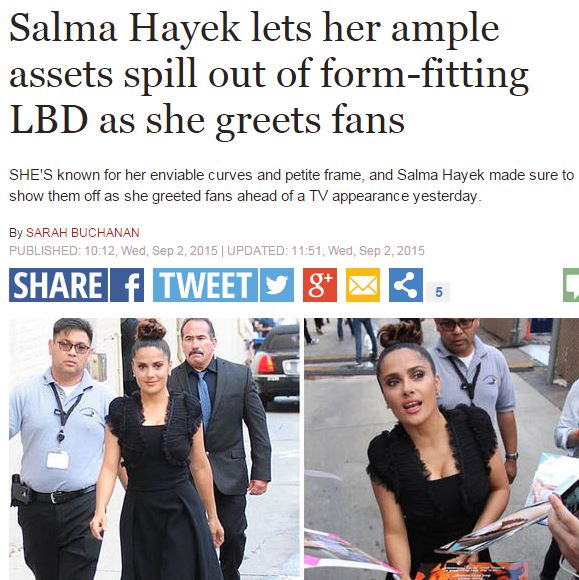 Oh look at Leaky MacHayek, spilling her assets all over the bloody pavement. And mark my words, it’ll be the tax payer who foots the cleaning bill. I’m sick of this country. I’m off to read the Express.

3) Woman pretends to be sexually aroused by ready meals, for money

I had a similar experience with squirty cream in 1986, when I was overexcited about a flan. I swallowed half the can, including the nozzle. I had the shits for the best part of Spring bank. These days, when I want to be flirty on my own in my kitchen, I just have straightforward sex with a box of Birds Eye potato waffles. They really are versatile.

2) The elephant in the room

Oh my EYES. Won’t some save me from Carol’s horrific ELEPHANT LEGS??? No amount of sequins will rectify that NIGHTMARE. Quick, focus on her tits instead – oh, what’s that Daily Express, you already have – in 15,089 other articles? Great, thanks.

Well, wasn’t that nice? If you’re anything like us, you’ll be feeling like you’ve just unclogged a drain, but without the triumph. So, basically, you’re metaphorically standing in marigolds with a handful of dripping, stinky gak, and you’re too far away from the bin not to get half of it all over the floor. Yum.