Mind the Gap and other tales of sexist fun

• It’s Friday and Violet Bushtrimmer, our roving correspondent out in the social media field, reports back on some recent findings. Mind the gap…. and the idiots.

This was the week that the BBC decided to reveal the salaries of their top paid stars. Or was FORCED to by popular pressure as they are a CABAL of sinister CHAMPAGNE SOCIALISTS grown FAT on the PUBLIC TEAT depending on who you believe. 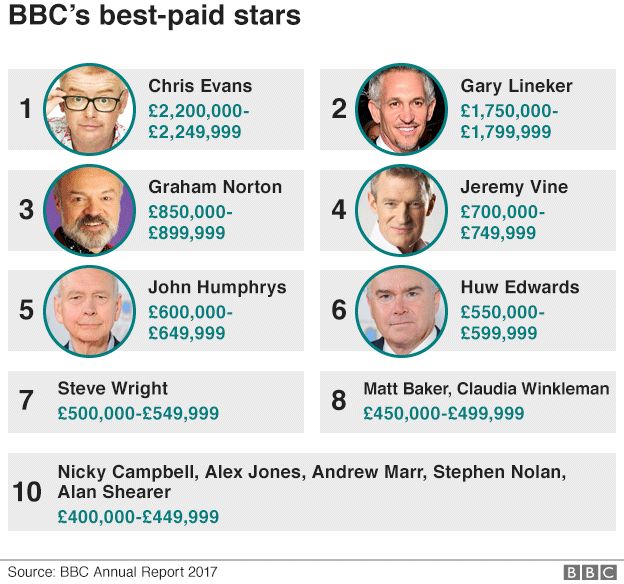 To test this theory, I went into Tesco and demanded that the cost of their advertising be deducted from all my shopping. Far from being restrained and rational, they summoned a security guard called Derek who bundled me out of the shop with my cardigan over my head, and called the police when I shouted ‘COMMUNISTS’ in the entrance vestibule.

While I considered taking all the Haribo from WHSmiths as a punishment for their spending money on billboards, one of the things that stood out was the pay gap between the sexes.

The women at the BBC decided to write and ask for parity.

And that was that.  No-one seeing these figures could argue that there was an obvious problem with the YAWNING GAP between the sexes and everyone agreed that it wasn’t fair.  Except for Bussy.

Bussy has come up with a cunning plan that is so cunning he is now King Cunning of Cunningland.  By cunningly not buying a licence he will go to prison where, cunningly,  he doesn’t need one. Bussy for PM anyone?

Graham, good lord you’re RIGHT! Why don’t they stand up for WASPI woman, Saudi women, Women denied abortion, women in prisons, women in Yarl’s Wood, women degraded by Trump, women shouted at in the street, women at sea, women in space, women with tennis elbow, women denied lumbar support chairs, women EVERYWHERE with ANY issue. In fact why don’t they support everyone and fix everything? No wonder they aren’t paid as much as men, they clearly aren’t pulling their weight.

Now I’m thinking of Cameron and getting nostalgic for when politics was fewer Nazis and more people introducing their genitals into the mouths of livestock.

I put this into Google Translate on Sunday and it still hasn’t got back to me.

Tom is absolutely spot on, here.  Women’s salaries go on shoes, periods and DVD box sets of Tom Hardy waxing his beard.  If my children take so much as a farthing out of my purse, I send them to bed and make them watch videos of Nick Knowles singing, until they cry.  Amber Rudd – you can have that one for free. 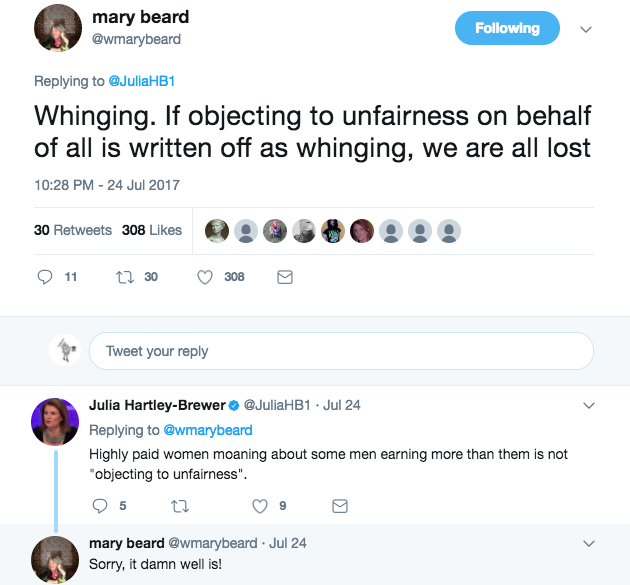 Julia Hartley-Privilege tries shitting on women and gets put in her place by the wonderful Mary Beard.  History will judge only one of you kindly and will conclude that the other was a local radio ‘personality’ famous for sounding like your aunt when she’s putting on a posh voice.

Lee Hurst is so thick he forgets that he was once paid by the BBC, and we could tartly point out that the last time he was a near a TV was when he walked past Currys.

Stephen will also be teaching his daughter not to get sexually assaulted by wearing slacks, Old Spice and a Michael Gove mask.

Other sexist news in brief…

Clifford ‘Billiard Ball’ Saunders found the women’s team winning the cricket world cup dull.  Because ectoplasm or something. Poor Clifford has never got over not being ‘cast’ as Geoff Hurst in 1966.

Boots justified charging over the odds for the morning after pill by saying it didn’t want to encourage women to be right-raving floozies.  Well Marc, women don’t want to incentivise you into being a judgemental prick so we will be taking our business to Superdrug in the future.  Don’t let the door smack you on the arse on your way out.  The Daily Fail agreed with Marc and if that doesn’t wake him in the middle of the night, screaming, nothing will.

And in what could be a regular feature called ‘Martin ( I used to edit Loaded, but never mention it) Daubney tweets something twattish. It just goes to show that you don’t need Tinder to find your perfect match.

Between women getting paid less for not owning a penis, Boots and the Mail getting into bed together and steadfastly Not Doing Anything because They Aren’t Like That, you’d think sexism would collapse under the weight of its own contradictions. And if that doesn’t happen, we’ll see you next week for another sexist news round up with all the certainty of my nan saying ‘yes’ to another sugary tea.