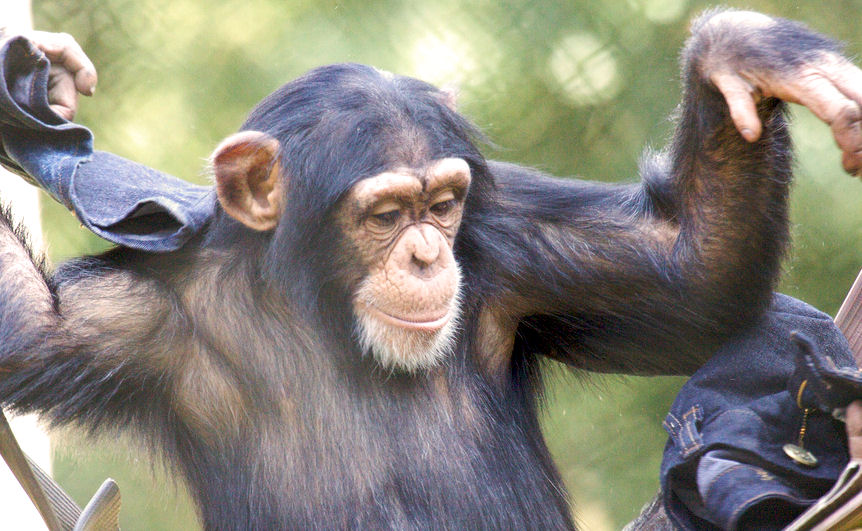 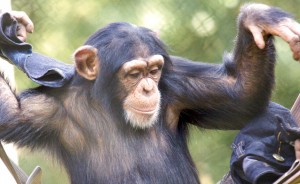 Was my initial response on viewing the tornado of utter turd that is the Men’s Health website.

In addition to the buffet of articles about a) abs b) abs and c) making money out of your penis, there are approximately a willion offensive ‘articles’ written about those illusive, needy, whining little creatures: women. I thought that nothing in the whole world could be worse than their article about Home Décor, but I was sadly wrong; after twenty minutes spent browsing their website, I was forced to retire to a warm, safe place with a kitten and a bottle of gin, in order to recover. From the security of the airing cupboard, Fluffy and I now present the 21 most offensive things that Men’s Health have said about women:

2)      ‘Girls who eat salads in front of you care too much about their appearance, and aren’t entirely honest.’

6)      ‘Sexually attractive women have higher than normal levels of oestrogen, and a stronger inclination to cheat as a result.’

8)      If she wears jeans, ‘she’s employing evolutionary tactics to get your attention…Just like female chimps on heat.’

9)      By wearing said jeans, she’s putting her ‘fertility out there…This outfit is a classic tease.’

10)   ‘Most women are excellent at hiding their sexual history because they perceive that guys prefer non-promiscuous women…Generally, they are right!’ 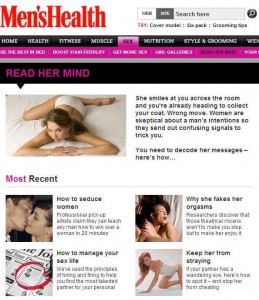 14)   ‘When a woman accentuates her waist with a figure-hugging dress, particularly in a bright colour, she’s signalling she’s above other females in terms of reproductive ability.’

16)   When trying to convince a woman to make a sex tape, wait until ‘she’s flipping through your Playboy, then mention how sexy she’d look in the pages and gauge her reaction.’

17)   ‘Gender role orientation teaches women that, in order to survive, they need to get a man for his resources.’

18)   If a woman sits in the middle of a room, she is ‘confident, sometimes to the point of narcissism.’

19)   If a woman sits on the aisle seat of a bus,  she is displaying ‘egocentrism and a belief that she doesn’t belong in the real world.’

20) ‘Women have evolved to make snap judgements about your worth without even having to talk to you.’

21)   ‘Women are attracted to men with large eyes because this subconsciously reminds them of babies’ faces.’

There are many, many more gems to be found on the Men’s Health website, but I just haven’t got time to list them all; I’m hard-wired to have sex with rich, baby-eyed pensioners, you see, and putting my fertility out there is a full time job. So, just like a chimp on heat, I’m off to have vociferous sex with a resourceful man, eat my own nits and piss all over a tyre swing.