Doctor Who and the man-babies 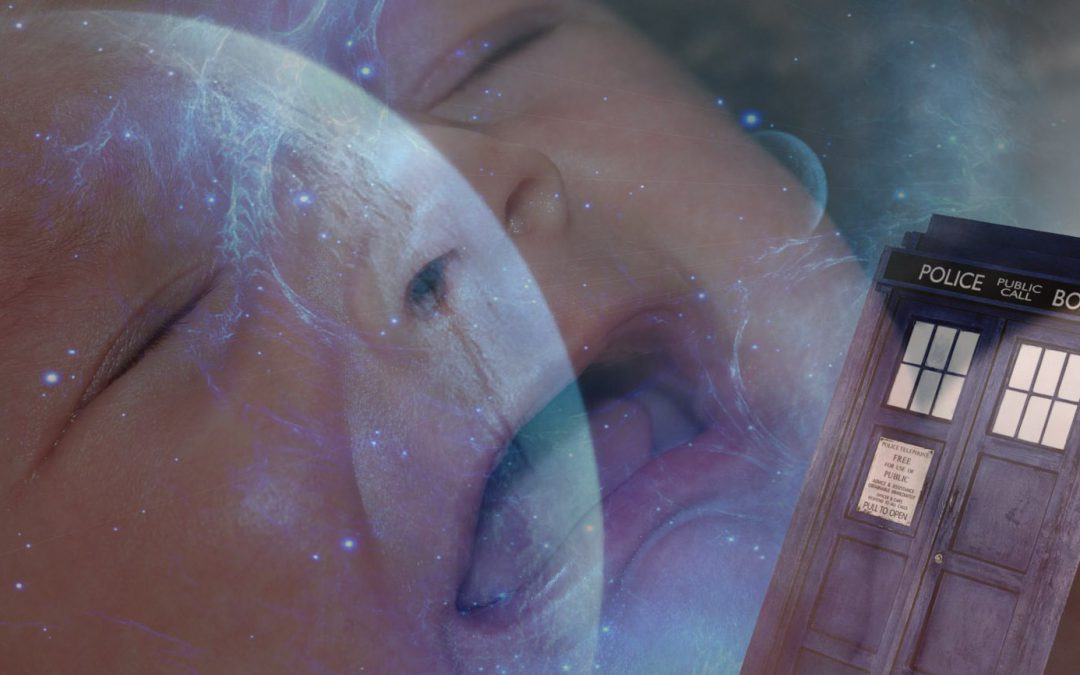 ‘And it came to pass that the new Doctor was a woman and the man-babies were not happy.  They wailed and stamped their feet and cried out “Why do you smite us, oh Lord?”  And the Lord did reply “Why are you assuming I’m a man you sexist pricks?”  and it did kicketh off on The Twitter.’

Last Sunday saw the announcement of the new Doctor and to prove that the BBC hate men and want them all dead, the alien time traveler will become (brace yourselves) a WOMAN.  I know – a person with a vagina in control of the TARDIS.  What next – a female leader of the Labour Party?  Only joking lads, calm down.  Of course that’ll never happen. There were plenty of hilarious jokes about parking the TARDIS, despite River Song being the only one who actually managed it correctly, so let’s  look at a selection of the best tweets celebrating this momentous news. 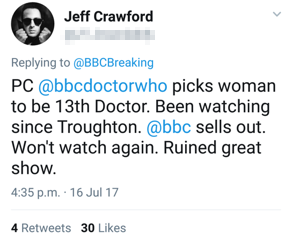 Poor Jeff – he’s been watching since Troughton (who stopped playing the role in 1969) so this appalling decision means a man approaching retirement can no longer watch a kids’ show, because it has one less dick in it.  Never mind Jeff, maybe you could wangle a walk-on part and increase the dick quota by two? 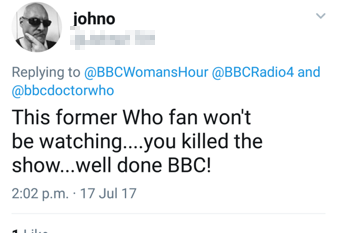 ‘Johno’ seems to be under the impression that a fanny is capable of celluloid genocide.  Mate, you came out of one and survived. Do not fear the fanny. Also, why are you holding your chin on, and isn’t a loose chin a slightly more pressing concern than someone without a penis pretending to be a fictitious character?

Kris (with a K) seems as in touch with his feminist side as Gregg (with a double g).  “Not misogyny, not sexism – one of my relatives is a woman”.  Take your ‘valid, permitted opinion’ Kris and shove it right up your Brando. 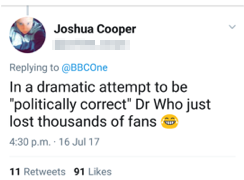 Joshua, Joshua – that was the fucking point you creepy, crying-laughing emoji using twat.  By getting rid of all the ‘scared of women’ freaks and bringing in lots of super cool girl viewers, they can finally up the ante on the horror part.  BRING IT ON CHIBNALL, BRING IT ON.

If you’re in any doubt that Martin ‘I used to edit Loaded but never mention it’ Daubney attracts the worst kind of wanktrifle, here is your proof.  Lads, you can have Wonder Woman if we can have Superman, Spiderman, Iron Man and Dennis Waterman.  Actually, you can keep the last one, we’re not that desperate.

Plopkins fans here, unwittingly showing their internet search history via the medium of Freudian tweets.  You can almost hear their socks cracking on the way to the washing machine.

Emad is going to spend the whole season skipping. If that doesn’t get Emad a girlfriend, nothing will. 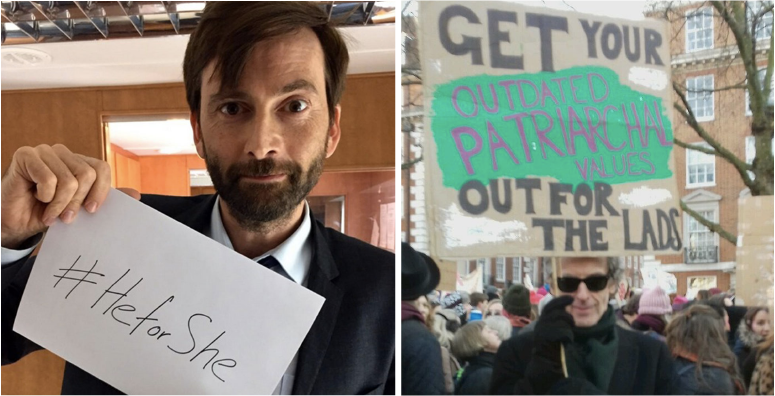 Let’s leave the final word to the Doctor and good luck Jodie – we here at Tights just know you’re going to be amazing.  We raise our glasses to all the little future Time Lords, who now realise that being a girl does not stop you being an actor. Or, for that matter, a doctor or The Doctor.