From our Politics and Fashion Correspondent Iris Clot, we bring you titivating Tory Style!

It seems we’re entering a new season where parsimony, distrust and cruelty are in vogue, so wrap up for our political winter of discontent; it looks like we might be in for a spell of Narnia. If so, why not adopt the right-wing aesthetic? Don’t worry, you won’t have to tighten your belts, this is an Austerity Beauty Guide…

Feeling like your hair is a bit lacklustre? Then fill your head with unpleasant thoughts about foreigners and people on low incomes and top it with a re-booted ‘do.’ And don’t forget to have a regular trim; this lot love cuts. 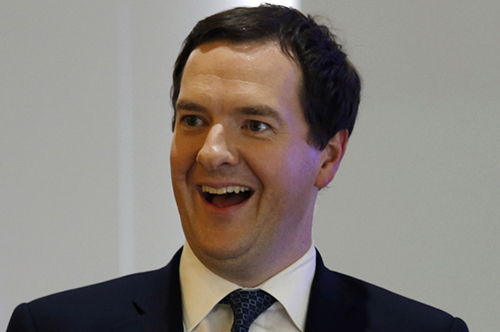 The man who effectively made Postman Pat a private employee after so loyally serving the state, has recently fashioned his hair in the style of a child’s toy. Though far from the soft bouncy fuzz of our much beloved fictional postal worker, Osborne’s ‘do’ is more reminiscent of a plastic Mobil man. To get the look, we suggest you shave your head and colour in your scalp with a black marker pen. For added authenticity, do your best to fiscally oppress everyone you can, except your mates, who you must give a leg up at every opportunity. 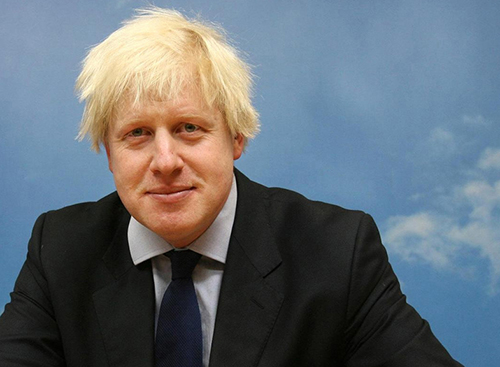 Boris Johnson may appear to be a mere walking hair-do, much like the Hanna-Barbera Caveman, but there’s more to Bo-Jo than meets the eye. He’s essentially a sociopath playing the part of loveable fop. Fox-hating Johnson seems to have voted moderately in some areas, mainly to lull us into a false sense of security. He will one day lead the Tories and, on that day, he will cast aside his blonde mop and reveal the vortex of dark matter currently under wraps. To get the Boris look buy a shit wig. Vortex optional. 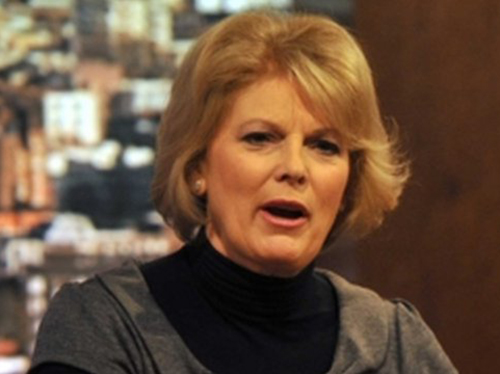 Anna Soubry wants to be Maggie Thatch so bad it hurts. In addition to coiffing the shit out of her bouffant – 80s style, she attempts to mimic MT by being a venomous enemy of poor people. Voting strongly against anything that smells even remotely of welfare, Ms Soubry is doing Maggie proud – she even sounds a bit like her. To get that ‘no such thing as society’ style going ON, you need a combination of back-combing, WD40 and liberal use of Elnett. Oops did we say liberal? We meant generous. Oops again! 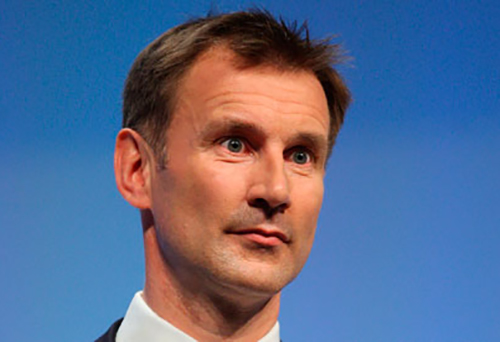 Our Health Minister is youngish and cool looking right? Welfare shy Jezza has a slightly scampish coiffure, reflecting his laissez faire attitude to helping the poor and needy. To get Jez’s bang-up-to-date Trendy Tory cut, simply set your hair on fire and then put it out with a trowel.

Need a new ‘look’ literally? Want to survey your domain with a glare of coldest blue? Whether you favour deep-set, googly or deathly vacant, it’s all here. 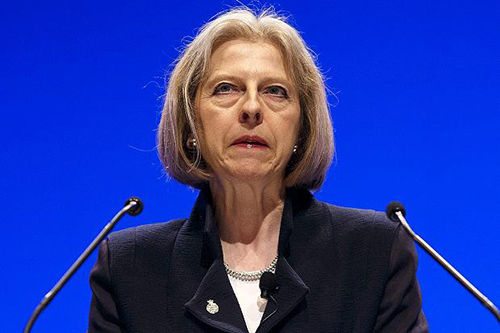 Human vulture Theresa May is a great eye inspiration. Our Theresa, another lover of keeping those on welfare below the breadline, has a great line in come to  Yarl’s Wood eyes. To get her style, practice scowling and grinding your teeth for aproximately 4 hours per day, preferably until you have a tension headache, then rub soot in your eyes and voila! To really top it off, stoop forward a touch as if you were contemplating investigating a carcass with your beak and pop on some kitten heels. 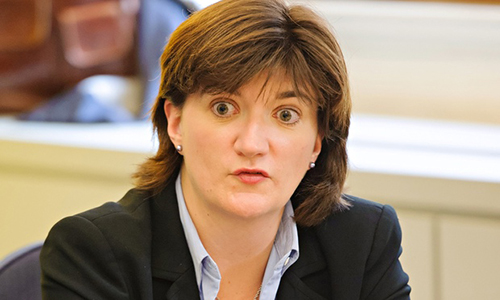 Beloved of teachers everywhere, Ms Morgan gives great eye. If you fancy adopting the thousand yard stare of our education minister, who thinks degrees are best served expensive, this is the blog for you. If Morgan looks like she’s communicating with another realm, it’s mainly because she is: a mystical place called Ofsted, where all biros are red and foetuses are doing SATs in the womb. To model one’s own gaze on that of Ms Morgan, simply drop acid and sit for an hour in front of a magic eye picture. If you’re doing it right your eyes will bulge slightly and you’ll see visions of children struggling to read. 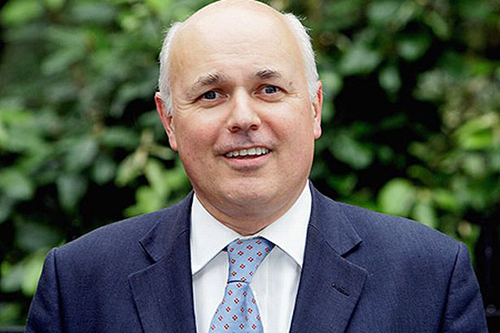 Mr Duncan Smith, a chap so bereft of feeling toward his fellow man -unless they are in the highest tax bracket- he has perfected what we’re calling the Ignoble Death Stare or IDS for short. Want to adopt the cold vacant glare of a man in favour of restricting Legal Aid, a man who loves a gagging law and hates taxing bankers’ bonuses? Then ask a friend to place your head tightly in a vice, chew on a handful of cloves and imagine a dark, dark pit of eternal dark darkness; darker than Tony Blair’s conscience, blacker than Margaret Thatcher’s charred bits. Do this for 10 minutes and you’re good to go.

Pucker up suckers. Perfect your pout with our gob-grooming advice, inspired by our brand-spanking-new Justice and Culture ministers. 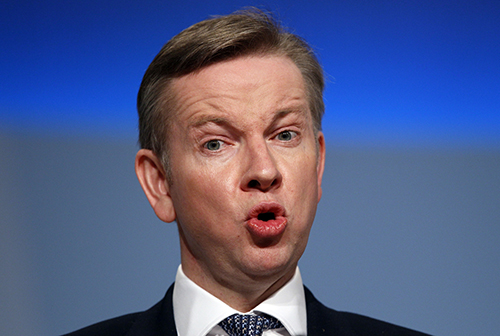 Aw Mike, what a fella. This luscious lipped libertarian – now the Justice Minister – was the kiss of death to any joy remaining in education. He voted for all the education nasties with a vim and vigour one might imagine him deploying at a particularly intense game of croquet. We can only imagine Legal Aid lawyers everywhere are looking forward to getting a wet smacker from Govey. But one can’t help but admire the wet gleam of his blushing bouche. Mike’s wife and chief Govette Sarah Vine is a lucky girl indeed and, as a patriarchal handmaiden of some note, she deserves nothing less. To get the pink, pouty Gove gob you’ll need a pot of vaseline, a vial of NQT’s tears and some rouge. 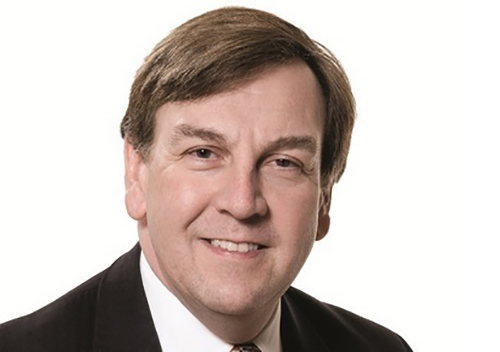 Not everyone is lucky enough to be as pouty as Mr Gove, but that doesn’t mean one can’t rock a slimmer lipped look a’ la John Whittingdale. Ah, dear John, he loves a fox hunt and hates a gay wedding. Who wouldn’t want to adopt the wan smile of a man who likes to see innocent wildlife eviscerated, but finds the love of same-sex couples distasteful? To get the warm Whittingdale grin simply request that a friend or colleague administer you a wedgie with enough force to break the skin, but not before soaking your tightie whities in vinegar.

Do you wish your face was shinier? Thicker? Whiter? Then look no further, and get your teeth into our meaty tips on having a Tory face. 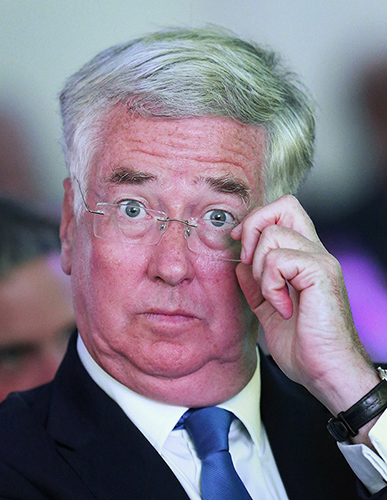 Willionaire nukes fan Michael Fallon is all neck. And let’s face it, it’d take some serious neck to vote strongly for the Iraq war, strongly against raising welfare in line with inflation and strongly to reduce corporation tax. What. A. Guy. So, to get the Fallon All-Neck look, disguise your jawline with layers of value ham and masking tape, or alternatively plead whiplash at your local A&E to score a neck brace, which you can then colour in to your skin tone with felt tips from Poundland. 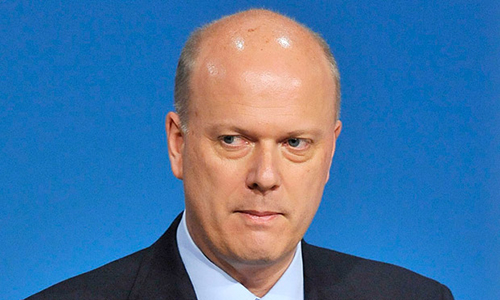 Chris Grayling is pale and shiny like a white snooker ball or a well buffed porcelain ornament. Similar to anyone who’d vote strongly to reduce welfare, Grayling is a bloodless individual. To emulate his ashen complexion we suggest eliminating anything containing iron from your diet and donating blood twice a week. Although this is a charitable action and might give you an altruistic glow, thus undermining one’s adoption of this anaemic trend. 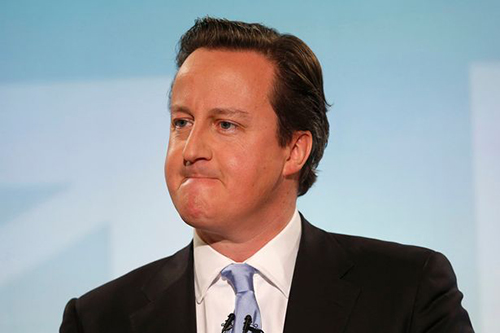 If you have ever wondered in admiration ‘how does Cameron manage to get his skin so clammy?’ then you are not alone. Is it a combination of lard, polythene and a convection heater, we’ve wondered? Or does he just rub bacon on his face? We asked a chief aide who confirmed the latter, saying ‘Dave has a young lad on workfare who follows him around with a rucksack of bacon; he gets through a pound and a half of Danepak every week’.

There we have it ladies and gents of the electorate, a comprehensive guide to looking mean, weird and sweaty. Who could ask for more? In my role as Politics and Fashion Correspondent I get all the fun gigs, so I’m just off to give Nick Robinson a wet willy. Until next time folks.

** All voting information sourced from They Work for You **

Read about the horrors of TTIP by the fabulous George Monbiot here (there are links to anti-petitions).