Morning all. Yay, it’s Friday! Want to have a peep into the back of the metaphorical news fridge and smell the fetid, gone-off offerings from the UK’s finest toss peddlers? Thought so. You. Are. Welcome…

In Telegraph land, there is an objective testing method for Worst Outfits. Presumably, it’s like some kind of Geiger counter; it assesses ‘slut factor,’ ‘mutton rating,’ ‘cankle count’ and ‘Littlewoods Touch.’ Luckily for all you dudes out there, you ALL dressed well in July. Not one man featured in this list of the sartorially challenged. T’was just a host of women, wearing clothes shitly. Idiots. 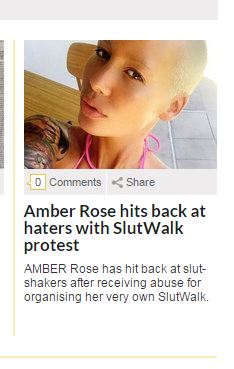 The Daily Star knows all about femnisim. They’re totally down with intersectionalism and trainsmisogyny and cifgender and all that shiz. But the one thing they really flipping hate are slut shakers. I agree; there’s nothing worse than being called a slag by a sexist idiot doing some sort of samba shimmy – it’s distracting, upsetting and weird.

Next in the Daily Star’s femimisn series: a think piece about Mary Flumpstonecraft’s A Vindication of the Tights of Woman.

8) MUMS put those doughnuts down!

British mums: The Sun are watching. They know you didn’t do the school run today, they know you’ve just got your feet up for six weeks and they think you’re in danger of turning into a globulous pile of lard in Crocs and jeggings.

So, what to do? The answer is simple, judging by the photos illustrating this piece. You must strap children to your back and heave them around all Summer – if your children are obese, all the better, you’ll get a fuller workout. If for some reason your child/dumb-bell must dismount, you should ‘stay active’ and wait on the little bugger hand and foot, or even take it to do Activities! At Go Ape you can increase your heart rate by watching your bundle of joy/future carer dangling precariously from a rope bridge.

Alternatively, you can enjoy the strange, slightly chewy cakes your delightful charges have made, let said carbs brew in your lower intestine, fart into a jar and then post it to David Dinsbore, The Sun, 1 London Bridge Street, London, SE1 9GF 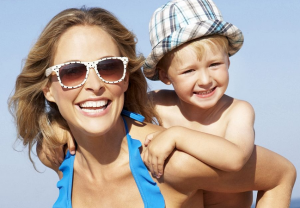 Now he writes MRA*-flavoured guff for The Telegraph. Apparently men don’t use sexism to bond at work. You know how he knows? Because none ever did where he worked (Loaded, Editor, 8 years – he’s coy about this). He’s basically a sociology genius. He can glean – merely from the experiences of his own life – the vast gamut of human workplace interaction. Give this man some kind of Fellowship.

But, you know what? Sometimes women are sexist (but never the men) though All Men can tough this out. He did, bless him. He was once given a chocolate cock by the women at Bella magazine and he was cool with that.

*MRA = Men’s Rights Activist, not to be confused with MRSA, the contagious and antibiotic-resistant staph bacteria that leads to potentially dangerous infection.

While Deidre sorts this out, here are three random women wearing bras, ripped out of the Littlewoods catalogue by a YTS lad at The Sun office.

A mere FIVE alcoholic beverages consumed around conception… Um… Daily Mail, I don’t have the stats, but I’m pretty sure much of the British population is in existence thanks to The Church of Foreplay aka The Pub. I need two gins, a pint of snakebite and a bag of pork scratchings before I feel remotely amorous, so it’s lucky I wish to remain selfishly CHILDLESS, isn’t it.

However, here we can marry the advice of two ghastly periodicals: as The Sun have alluded (above), a heavier child makes for a more effective human bench press so, ladies, if you think you might be in danger of piling on the pounds come future summer hols, why not uncork the Blue Nun before getting knocked up?

4) Woman pretends to be sexually attracted to child’s toy, for money 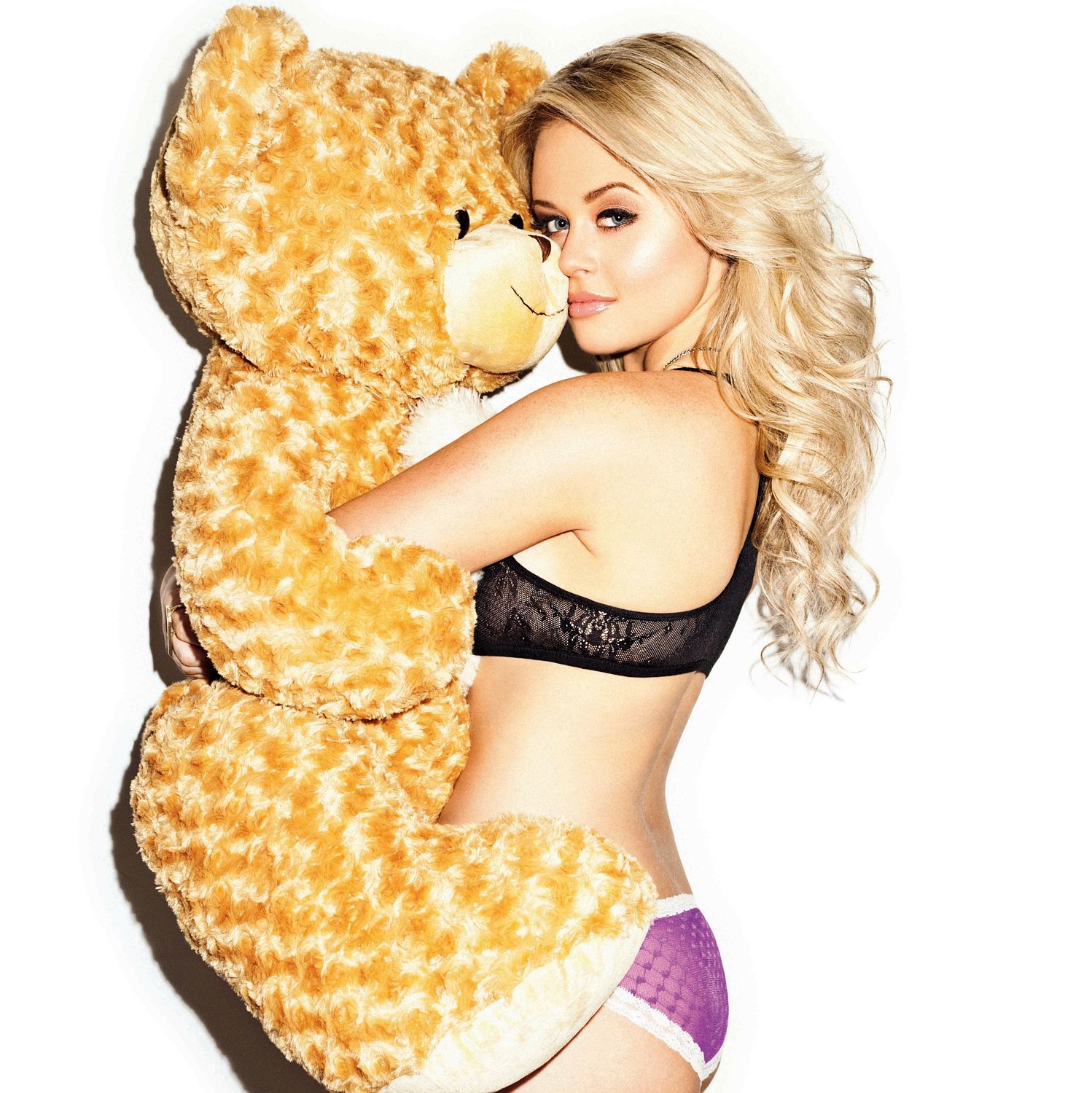 Ah, here’s a grown woman cuddling her favourite teddy in her underwear in the ‘news’ section of The Sun. Nothing creepy about that AT ALL. In fact, every night before bed, I have my hair and make up professionally done and a greasy bloke with a zoom lens takes photos of me rubbing my undercarriage against a Care Bear. After that it’s just Horlicks for me, followed by full sex with an Action Man and a round of Buckaroo. 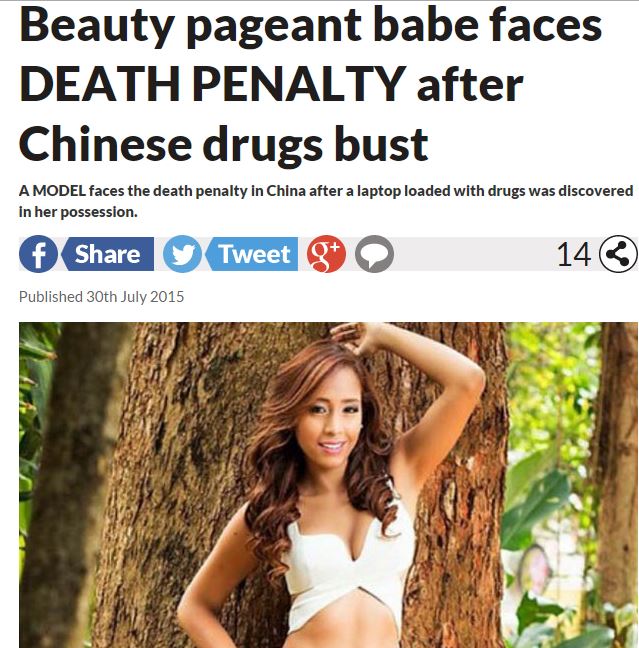 According to the Daily Star, Juliana Lopez, a ‘babe,’ has been caught smuggling drugs out of China. ‘She now faces the death penalty or life in prison if convicted’ the article states, next to a picture of her leaning against a tree in a bikini; ‘China operates a strict zero tolerance policy to illegal drugs,’ it continues, accompanied by a massive photo of her tits.

It’s nice that they’re getting all the sexy babe pictures in now, isn’t it, as it’d be awfully bad taste to print them after she’s been executed. The Star is just sensitive like that.

2) Feminists should offer Twitter based PSHE lessons as STANDARD

You have to feel for Daniel O’Reilly. I mean, how could he know? How could he know that the persona of a preening, sexist fucknuckle who makes jokes about sexual assault might not be popular with people who see the problems the legitimising of rape culture that such ‘humour’ engenders? Oh sorry, that makes us all sound reasonable, I meant the foaming, garment-rending, braying, slathering hoards of hysterical, psychotic and humourless, pitchfork-wielding feminists (there are just so many super-fun adjectives used to describe us!)

He’s claiming in the Daily Mail – like Genghis Khan stood in front of a huge pile of bodies – that if someone had taken the time to tell him that rape wasn’t a joke, he’d have known the error of his ways. Actually, that’s a little too dramatic a metaphor, he’s more like a 6 year old holding his willy, whining that no one told him throttling the hamster was wrong (not a euphemism). Excuse me while I call the wahmbulance.  Maybe we’re being a tad critical, but nobody sat us down and ever said that shooting shit comedians in the arse with an air rifle was wrong but, through slightly gritted teeth, we know that it is.

How to have nice hair, by Femail:

Next week – Hire a priest, hang upside down and ALWAYS carry a crucifix: How to get rid of the wrathful ghost of Arnold Bennett