Greetings readers, how is everyone? We’re a bit out of sorts, Flora has been having trouble with technology and wrote her bits of TWISN with an actual pen and paper, it’s a little suspect, we’re keeping an eye on her. Iris has been mainlining espressos since she bought a really twatty hob cafetiere to seem sophisticated and, subsequently, has been high as a kite all week. Reading all this SHIT news has made Team Tights giddier than usual. So buckle up, it’s been an arsehole of a week for women in the press…as per.

10) Getting Their Rocks Off 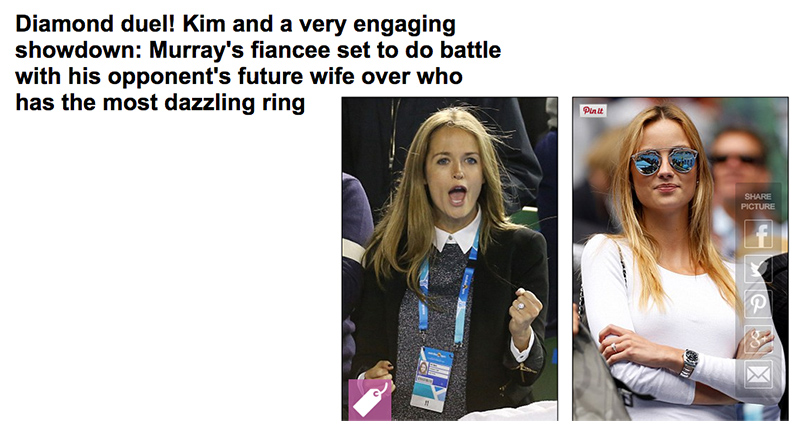 This ‘story’ makes me want gnaw on something. If I wasn’t squeamish and generally opposed to homicide, I’d plump for the gristly entrails of a Daily Mail journalist. But, anyway, the gist is thus: two Tennis playing men, who are going to play each other, both have vaguely similar-looking fiancées. And the STORY is a FICTIONAL BATTLE for Engagement Ring Supremacy. What happens if one of them ‘wins’ is anyone’s guess. Yes people, the barrel has a false bottom and The Daily Mail are ecstatic. Cue two photos of the women both looking a bit combative/superior like they might suddenly start writhing about and pulling each others’ hair, which is presumably one of that creep Dacre’s more palatable sexual fantasies, along with tarring and feathering immigrants and oiling up Jeremy Clarkson on the bonnet of really ecologically-inefficient car. But, basically, these women are show-ponies for femininity by virtue of wearing trinkets that cost approximately the same as an end of terrace 2 bedroom house in one of the slightly ropier bits of Sussex on their special lady-fingers. Christ almighty, does anyone out there actually give a solitaire-y shit? #sorry #notsorry #ohfuckIamhastaggingagain

Kim Sears is up again. Poor woman, not only does she have arm strain from THAT MASSIVE GLEAMING RING, she is being scrutinised endlessly whilst watching her beau knock some balls around with a racket. The bloody woman can’t utter expletives in peace without our mouth-breathing media getting in lip-reading experts to see what she’s wanging on about [yes The Guardian, my spiritual publication, today I’m regrettably looking at you, you’re better than this, I know you are. Has Alan Rusbridger dropped the ball or something? …Oh].

8) Pretend princess has breasts and will turn your kids gay

Clutching their pearls closely to their powdered, homophobic bosom, the Daily Mail could barely even write this article for embarrassment. Will no one think of the children for Christ’s sake? The children were in TEARS. Yes, the mere glimpse of Disney cleavage left them shaking like damp rats in an open sewer. As if that wasn’t bad enough, the party lunch ‘consisted of a small amount of sweets and other unhealthy foods’ and, GASP, the DJ played ‘inappropriate gay club anthem “I’m too sexy.”‘ Now, Daily Mail, I am totally against the sexualisation of childhood and I really don’t want to see infants gyrating ‘pon the dance floor, but why did you have to stress that it’s a GAY anthem? Is it ‘inappropriate because it contains the word ‘sexy’ or because you think gay people like it?

As an aside, I’m not convinced ‘I’m too sexy’ really is a gay club anthem. Are you sure, Daily Mail? ‘Cos I remember dancing to it at a variety of Haven Holiday camps circa 1992, and they weren’t gay at all. No, there was nothing gay about dancing to Black Lace with six bleached-blonde lads dressed as flamingoes – copying the moves off a bossy bloke in a tiger costume, waving glow sticks on a podium. Who doesn’t like camping? 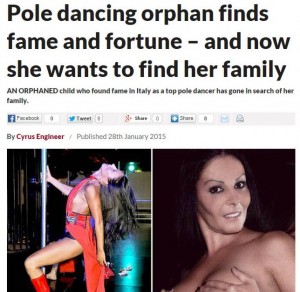 An heroic Daily Star journalist named Cyrus Engineer (yes, that’s Cyrus Engineer) this week reported on the tragic plight of a desolate woman, desperate to find her birth mother, in an article jam-packed with offensively inappropriate images. Melania Elana Grigore was ‘raped and beaten’ in a series of communist-era Romanian orphanages (cue picture of her topless) and, at 17, she was forced into pole dancing to earn money (insert photo of her straddling a pole in a thong). ‘I have money now, but my soul is empty’ she stated (massive close-up of her bare arse). The article then stresses that individuals who have grown up in such institutions are frequently depressed, suffer psychosis, display ‘severe reactive attachment disorder’ and are often ‘unable to have affectional connection to an adult, to a parent, incapable of an exchange of love’ (close-up crotch shot).

Oh, the empathy, it’s so touching – like ‘Annie’ but with rape, communist-era beatings and nothing uplifting whatsoever. 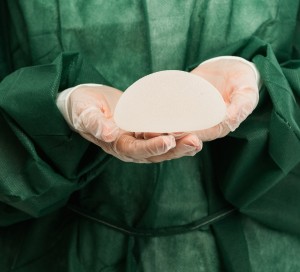 You too could have a jellyfish stuffed into your chesticles.

So The Sun, in a bid to say ‘Hey guys Page 3 is still VERY PRESENT in the newspaper’ (it’s not) and ‘it’s, like, REALLY POSITIVE FOR WOMEN’ (will reiterate, probably not), are flogging a pile a steaming horse shit that it’s fab that women are opting to have smaller implants inspired by the TOTALLY natural* lady-bods on their dying-on-it’s-arse ‘glamour’ feature. The Sun’s Page 3 boasts only organic bosoms, selected from a small pool of slim, lithe women on the right side of 28. So highly imitable, if you’re slim, lithe and on the right side of 28. Dear The Sun, I hate to have to explain, but smaller implants still have to be walloped in via an incision under an always potentially risky general anaesthetic – they can’t be absorbed in by osmosis you colossal morons. Celebrate women being disatisfied enough to go under the knife in a slightly different way if you like, we’ll be over here miming ‘wankers’ at you.

*Stood in the sea, made-up, lit well, photographed by patriarchy’s most shutter-happy handmaiden Alison Webster, and dealt with in digital post-production. 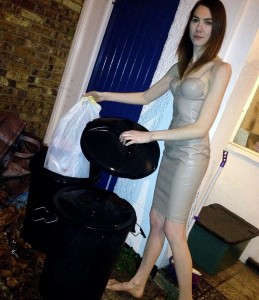 Oh, Daily Mail. Every twatting week you bedeck a woman in a ‘celeb copycat trend’ – usually some sort of cocktail dress worn by a model at party on a yacht in Villefranche-sur-Mer – and drag her around Leicester Square at teatime in subzero temperatures, asking Turkish holidaymakers if she looks daft. The upshot is that ‘normal’ women apparently don’t have the arse / tits / legs for it and OMG they look simultaneously HIDEOUS and HILARIOUS! It’s so predictable, Daily Mail. Anyway, this week they’ve convinced a woman to dress like Kim Kardashian, by wearing a sheer lace evening gown to work and a cropped bra top to Tesco. Feeling ‘self conscious,’ she wore a tight PVC number ‘to take the rubbish out at peak time, making sure she took the long way through her apartment block to give it a good run.’ Question: what is peak bin time? Also, why isn’t she wearing any shoes? I’m pretty certain ‘Kimmy’ is a big fan of shoes – I’ve seen her wearing them on telly.

And that, dear readers, is the maximum amount of time I am willing to spend thinking about a Kardashian’s shoes. I’m going home now. 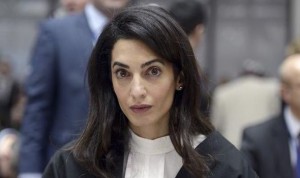 Amal’s ‘Are you people for real?’ face

Really, the Daily Express should just be sold shredded in bags in pet shops, seen only by the winking and unwitting sphincters of family pets. Anyway, suggested business plans aside, the Express cracked out this utter corker about Amal Clooney’s reaction to being asked what she was wearing, and how it’s weird since she does a whole host of smart, important shit. They celebrate her clever answer (briskly answering the actual question by explaining who made her official robes – pretty sassy we must say) with lots of pictures of her in fashionable clothes and barely mentioning any of the smart or important shit she does. But they did mention that her husband, George, received a Golden Globe, so that’s nice.

3) The mother of all problems

Hats off to the Daily Star who managed to blame the one person who – in almost all cases – is not present during sex, for men’s problems during sex. We’ve all known for years that women are solely responsible for blokes’ penis ailments but, thus far, we’ve pointed the finger at crap wives, needy mistresses  and selfish virgins. Mothers have got off scot-free for YEARS and I, for one, am sick of it. To prove, scientifically, that this shit is absolutely, categorically true, the Star included this complex psychological diagram: 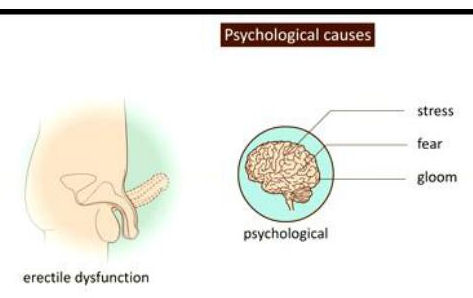 Let me explain it for you (I’m a doctor): the dotted lines above the ballsack represent a phantom penis, conjured by your mother, who is a witch. This ghost penis may cause severe psychological reactions, including ‘gloom’ (NB: ‘gloom’ is the official medical term). Mothers also cause penis FEAR, which is fear in your penis. This, in turn, causes STRESS. And, by the time you’ve disembarked from that emotional rollercoaster, there’s little wonder you’re not physically able to crack one out over that picture of Abbey Clancy in that nice, see-through dressing gown. Mothers, eh. 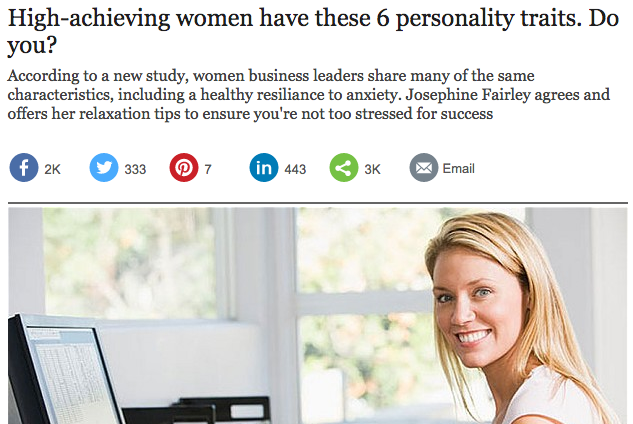 This woman has just eaten an underling.

Oh snoregasm. Apparently, as a woman, there are special things we need to take into account to get ahead in the manly world of business. This comes from a study, presumably done by a bunch of quite patronising bell-ends. We at Tights are wondering…how about being good at doing work stuff? One can be as assertive, robustly-egoed, organised and calm as you like, but you have to be, like, accomplished, non? Oooh sorry, I forgot to add possession of testicles to that list, didn’t I? Silly me! Testicles – that’s what you need to have in order to avoid the bullshit that endlessly reminds you you are OTHER; a fine thing to be constantly aware of whilst searching frantically for your laptop’s dongle, which, let’s face it, is probably in your silly lady-bag underneath a tampon or something.

Roll up! Roll up! Courtesy of the Daily Star, you can WIN a pair of topless models delivered to your workplace to cheer you up, in the style of Ocado dropping off a bag of oven chips. ‘Just think how chuffed your workmates will be to learn you have bagged them this prize,’ spluttered the thirteen year old journalists, ‘and how jealous your other friends will be!’ What a jape! Luckily, women don’t go to work in Britain, so won’t feel uncomfortable by their colleagues leching over the tits of random strangers.

It is odd though, as the only person I have ever known to enter newspaper competitions is my Auntie June and her friend Cath, who are adamant they’ll win a Greek cruise or a suitcase on wheels from the Daily Express. In fact, once they won a year’s supply of Tango and gave it away, weirdly, to the Cats’ Protection League. But I digress…to enter, all you have to do is state, in 50 words or less, why you and your friends would love to have topless models couriered to your desk, and send it F.A.O. Jennifer Dunkerley at the Daily Star. Let’s take a moment to think about Jennfifer’s job which, effectively, will comprise sifting through a sludge of grim wank fantasies for the next two weeks. Somebody buy that woman a drink.

How you all doing? Here have a Stugeron, it’ll stop the spinning and nausea. We really are sorry to be such messengers; we’re not sure how long our psyches will be able to take absorbing such an avalanche of fetid toss, but we will keep on keeping on until we can bear it no more. Anyhoo, until next week darlings, we’re off for an espresso. xx

P.S. You can sign Object’s petition ‘Get rid of Page 3 of the Daily Star’ here.

If you’d like to complain to the ASA about a newspaper giving away women as prizes, in the style of a meat raffle, their contact details can be found here.