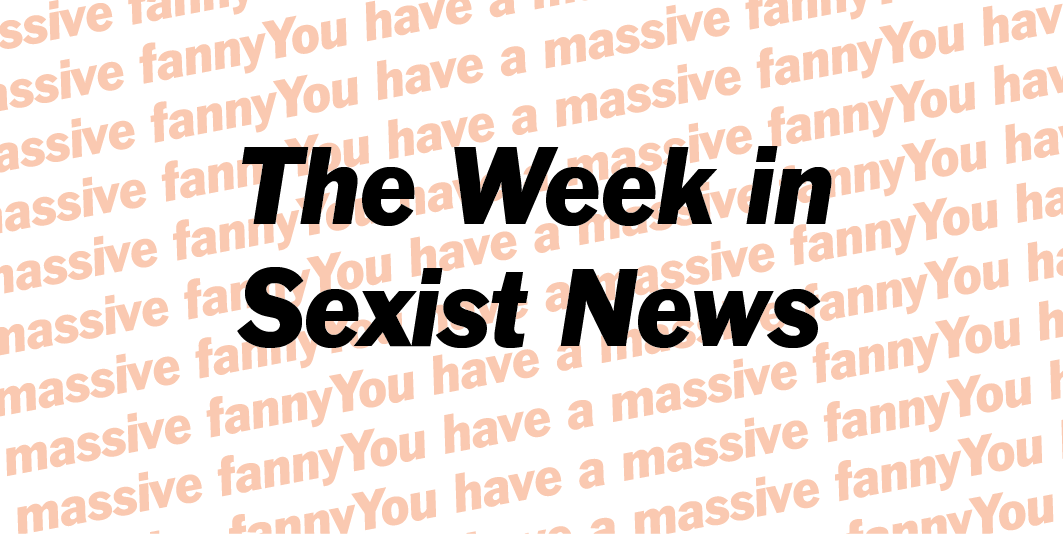 Hey Tights Fans, it’s been a peculiar week at Tights Towers this week. Iris is living a double life of intrigue, which mainly involves fannying about in London for work and hiding her drinking habits from her mother; Flora has been going on long walks to ‘get back to nature,’ before getting back to her flat and planning a wholesome retreat for non-hippies. Anyhoo, without further ado, welcome to the shit-show:

There is nothing that infuriates the Daily Mail more than when a convicted murderer lets themselves go, and moons about in an unflattering jumper and comfortable shoes. I, for one, am effing furious that Amanda Knox can’t be arsed to wear a nice dress. She’s not even showing her knees, FFS. There’s nothing else for it, we’ll have to go back to wanking over those photos of young Stalin.

9) Mothers also to blame for economic crisis and ebola

Well done Daily Mail, for blaming mothers for the next generation’s body anxiety. Women, embrace your guilt. It’s ALL YOUR FAULT. Now, put the kettle on and read these 127 sidebar articles about thigh gaps and reality TV stars looking chubby in Lanzarote.

8) I wouldn’t know sex tourism from a hole in the ground…oh.

More hot news from the Daily Mail, who reported that an Escort agency in Leicester are offering Richard III themed packages, to capitalise on the recent historical car park find. They even provided a helpful link to guide readers to the agency’s website. It’s as if they think their readers might be interested in this sort of sex tourism … as if their readership was made up of pathetic, oversexed royalist dullards with Saturdays free and money to burn. I, for one, think it’s an excellent business model. But, then again, I do like my sex listless and pricey, with a morbid hunchback pay-and-display theme. 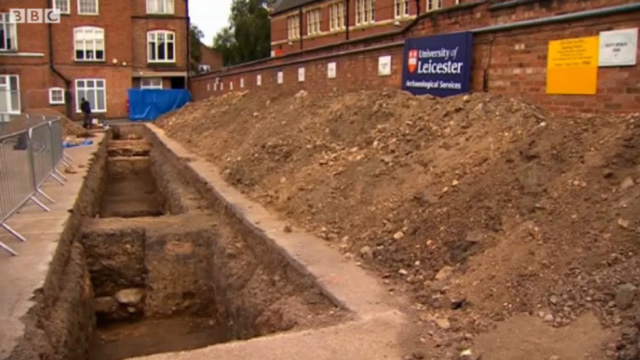 7) Beyoncé is not a flesh cyborg after all

OH EM GEE someone leaked pictures of Beyoncé sporting ACTUAL SKIN!! Well stone the crows, seems she’s actually a carbon-based life form after all! Apparently, some of her ‘fans’ were outraged, clearly these dullards who recoil at the sight of actual lady-skin thought their heroine was actually a Pop-bot made of sugar, spice, polystyrene, brushed chrome and wigs. Should we break it to them that she very likely menstruates as well? And possibly poos? Possibly…it’s probably gold, but we’re cool with that.

6) Lady referee gets kit off and The Mirror wets itself

Guess what?! A lady in a ‘man’s world’ is valued for her awesome rack! Who ever saw that shit coming? Thanks The Mirror for climaxing messily in their own trousers to bring us this ‘news.’ She is stunning, obviously, so what should we expect? Women being photographed with their clothes on? I know, I know, what a kill joy. Women have fought for years to be taken seriously in tiny, weeny pants. We have worked long and hard to have all our other achievements in masculine fields ignored and for our true worth to shine through: namely do we look fit to people reading The Daily Mirror in a greasy spoon? It’s a goal, right?

When someone says ‘plunging’ I always think of it as an indoor-plumbing based verb, so that always colours the sexy nature of such an article. But once the vision of someone furiously working away at a drain full of hair  has subsided, I’m able to focus on judging women based on the level of tittage their fashion choices offer the beholder. So when well-meaning men that shout from vans ‘get yer tits out for the laaaads’ as I joyfully experienced the other day (yes lads it was me that let your tyres down), they may not actually think it’s a good look. Yes. We’re confused too. So the imperative to get one’s baps out is EVERYWHERE and YET, actually getting one’s tits out, or an amount of tit, is attention seeking… There’s of course always the issue that awards ceremonies are about people having DONE STUFF, so the acreage of mammary on show is possibly irrelevant? Ha, only kidding, we got the memo, we know women are just glorified boob couriers.

4) Will shallow men ever date you? 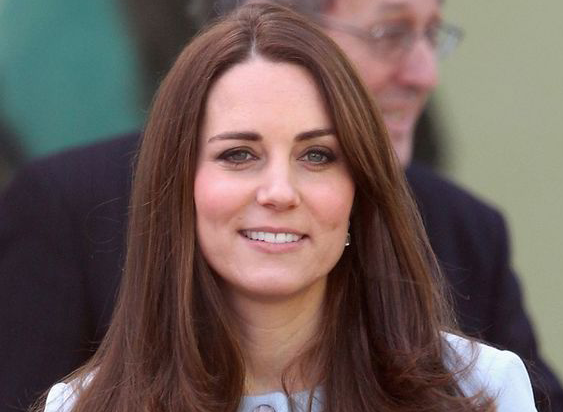 So, according to a poll (The Express called it a ‘study’ – we beg to differ) quizzing 22,000 shallow men on a dating site, Kate Middleton is THE PERFECT DATE/WOMAN, or shares characteristics with THE PERFECT DATE/WOMAN. Remember, there can only be one type of acceptable date/woman, and luckily for all of us that want to date shallow-as-fuck blokes, perfection is a princess! Should you accidentally happen upon one of these guys online and you’re not slender with brown hair and green eyes, you are out of luck, sucks to be you. Should you also not possess a graduate degree you are extra crap as a desirable lady-person. Oh, also, you need to not smoke and only drink socially. So, if like me you drink gin from 10am, smoke a pipe, are of a robust build with bleach blonde hair and you look a bit ‘fast,’ you will die ALONE and DATELESS. Oh, I do have a degree, that’s the most important thing these guys we’re after right?

Women, there’s a new thing: arse steaming. Gwynneth Paltrow, the smug actress with a potato phobia, made the papers a while ago for pumping hot air about her undercarriage to ‘release energy.’ Well, the Daily Star think this should catch on, and are encouraging lady readers (are there any?) to give it a go for a special occasion.

In order to save you £50, here’s a simple DIY version to try at home:

Squat over a sizzling wok, and feel the gentle passage of hoisin and five spice wander up your, erm, gentle passage, just in time for Chinese New Year. Around midnight, why not attempt shooting fireworks out of your crevices, to delight your spouse and bring in good luck for the coming season? Advanced practitioners may like to birth a magic lantern. Happy New Year! 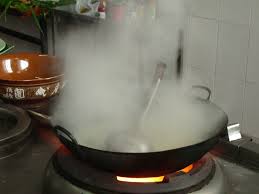 How much do you hate yourself? Are you putting in enough dedication to self loathing? I bet you aren’t. Have you checked inside your pants for fatness and vileness lately? Go on, try and pinch an inch on that bit of your fanny that is above your actual business area. Sorry if you’re in public, but it’s imperative you check right now, no time can be lost where self-flagellation is concerned. If you haven’t wept in the toilets about the sorry state of every one of your molecules today, then you’re just not womaning properly. Thank the lord we have The Express handy to tell tell each and every one of us: no one will ever love your cunt, and neither should you, you louche harpy.

1) Get back indoors Keira!

The Daily Mail this week published an insightful article about how Keira Knightley – now six months pregnant – keeps doing interviews, having dinner in restaurants and, generally, going outside. Who the effing hell does this woman think she is? Doesn’t she know that aside from nude Demi Moore cover shots, taken at the famous ‘bump obscuring minge’ angle, she shouldn’t be seen in her condition? We all know that pregnant women are grotesque, bloated seals, who cry and ooze and terrify the general public but, according to the Mail, going outside and ‘doing things’ whilst up the duff isn’t just gross, it’s actually dangerous for the foetus. ‘A busy schedule could cause a premature delivery’ according to ‘expert’ Clare Byam-Cook; ‘some people also say that if a mother is stressed the baby can pick up on this’ (note: do real experts ever begin sentences with ‘some people say?’)

Can we all just take a moment to send healing thoughts to the writer of this rimpiece of an article, Sebastian Shakespeare; the middle aged journalist / editor who spent the best part of Wednesday afternoon counting every single time Keira Knightley has left her house during the past six months.

So there we have it, we hope you can all cope with all your imperfections, lord knows we all have enough by Fleet Street’s astronomically hypocritical standards. We’re going to go and check that we have acceptable fannies then go and drown our sorrows in a multipack of crisps. TTFN Flora and Iris xx