Hello dear readers, come in, no no don’t take your shoes off, you’ll get your socks dirty. A glass of Tesco’s Finest Pinot Grigio and some Hobnobs? That’s it, have a seat, gird your loins and join us to delight/despair [delete as appropriate] at our media’s debauched and hollow offerings.

10) Can YOU Pull Off Extreme Cleavage? 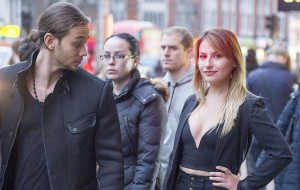 ‘Most men thought she looked great and all stared’

In an attempt to establish, once and for all, exactly how much cleavage a woman should be allowed to ‘flaunt’ outdoors, the Daily Mail dragged a female journalist around London in a low cut top in the middle of effing January, to gage the reaction of passing blokes. The upshot of the article, which features a barrage of photos of random men ogling her tits (‘appreciating her assets’) is: if you’re under 25, thin and perky, then wear a v-neck and relish the welcome hissing noises of random men outside Carphone Warehouse. If, however, your tits are pendulous and you’re languishing in the winter of your life (30+) then please, do us all a favour and stay indoors. Always. 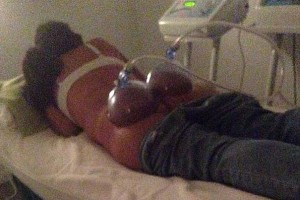 Moving on seamlessly from tits to arse, the Daily Mail are now telling us to attach a Henry Hoover to our backsides, in order to encourage a pumped up rump. Am I the only woman in this land who doesn’t desire an arse I can balance a tankard on? The media would have me believe so. My arse is exhausted with all these new requirements. Pre 2013, its duties comprised cushioning and shitting. Now it has to moonlight as a sex crevice, a picnic bench and a hoover attachment. Guys, it needs a week off. 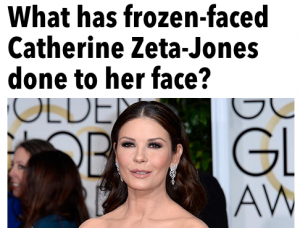 Hello Ed Dyson of The Sun, how are you today? Do you have a jolly office in the glass palace of hypocrisy? Now love, there is a real clue here as to why everyone is ‘speculating about whether [Ms Zeta Jones] has had work done to her face.’ Yes Ed, well done, she hasn’t issued a press release because it’s HER FACE and none of your cocking business. But, ok, maybe you’re a bit dense – or pretending to be – to wildly patronise your readers so, for argument’s sake, let’s just say it is your business, you still with me Ed? Ok duck, so we live in a culture that values women above all else for their ‘youth and freshness,’ a culture your fair paper promotes with abandon on a daily basis. And we all know what a woman is if she isn’t young and fresh in Showbizland, don’t we Ed? That’s right, completely redundant. So petal, have a bit of a think, what the fuck do you think she’s had done to her face and why, you utter cockwomble.

7) Stalkers of the world unite

Thanks Daily Mail, your attempt to raise the reader’s geriatric genitals from the ranks of the nearly dead – by publishing 15 near identical photos of Brooke Shields in a boring swimsuit – is inspired. Teaming them fetchingly with what appears to be Enid Blyton’s unpublished attempt at a pornographic novella was a stroke of genius: “Her long, wet brunette tresses were slicked back off her face and she didn’t appear to be wearing any make-up, but still looked camera-ready.” Free hands up, who has mustered a semi?! 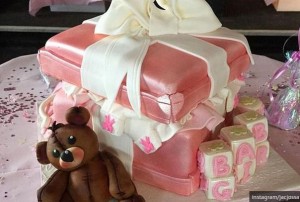 Floating like a bloated turd in a canal of sexist drivel, this hairball-inducing, vacuous piffle graced the pages of ‘thinking person’s tabloid’ the Daily Mirror this week. Basically, a woman who might be off telly threw a baby shower, which the Mirror discussed in the style of an annoying, princess obsessed child. Everything was PINK! The host was ‘pretty as a picture!’ There was a ‘totally adorable pink cake’ and a chocolate fountain with fluffy marshmallows! The ‘future mummy’ (vom) was so excited to be ‘surrounded by sweet treats!’ It was ADORABLE!

I feel ILL, dear readers. Please insert your own thoughts about the infantilisation of women and the creeping Americanisation of British culture HERE, while I listen to Neil Young in this cupboard and weep.

5) Spirits from beyond the gravy 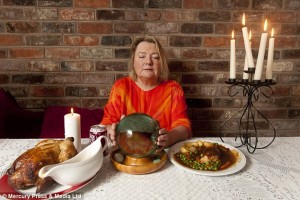 I’m worried about that toppling candle.

Femail, dedicated purveyors of diet dross and woman-hating crap, this week suggested an all new reason for us not to eat chips and Double Deckers. You see, in addition to making us tubby and disgusting, carbs, cakes and, very specifically, roast dinners with Yorkshire puddings and gravy, can block psychic ability. Yes women, if you’re desperate to resurrect Auntie Barbara around tea time, it’s best to stick to salads. Fair enough. However, in defense of cake, my mate Space Kev once knocked up some brownies that enhanced my powers of other worldly communication no end; in fact, as I recall, they made June Whitfield appear via a two way mirror above the sink, so I had to piss outdoors behind the bins. And she’s not even dead. 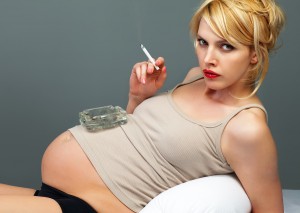 Hey you! Yeah, you there, you pregnant person who doesn’t tit about at film premiers, are you doing enough to look glamorous and stylish while growing your new human? You really could try harder, look at this cobbled together load of photos of up-the-duff, rich women who have bought themselves nice dresses. They tried. What’s that? You don’t have £150,000 to buy a diamond encrusted smock you’ll only wear once? Well The Telegraph knows and we know and you know you’re a massive, clammy, parturient let down.

Often, when I enter a newsagents or supermarché, I think I can hear the faint scribbling of Satan writing cheques to Daily Mail journos in exchange for their cankerous souls. I do hope they get a good deal, it would really be a shame if they have to satisfy Paul Dacre’s sweaty lust for ropey old toss and still not be able to afford things from the Boden catalogue or John Lewis. Sigh. So, apparently, women who have pushed infants out of their secret and terrifying parts can wear skirts above the knee. Thank god for that, I was very concerned, since short skirts are completely different mechanically to longer skirts. The worry was that the motor function connected with securing a slightly shorter skirt is impaired by the birthing process. Am so relieved we have The Mail to ask the questions no one gives a flying fuck about, so we don’t have to.

2) The marriage that keeps on giving tabloids filler

I’m glad The Daily Express printed this. It’s a real challenge and has made me aware of my limitations. I tried very hard to care less about this morsel of absolute tedium, but I just can’t and it’s made me feel strangely peaceful.

Just scrolling down this absolute scrotum of an article made me want to get off my gourd on a tankard of chablis. Apparently, white wine is turning women into ‘argumentative and aggressive harpies;’ since this is the Daily Mail, one could be forgiven for thinking this is a euphemism for a lady-person daring to offering an opinion at a dinner party. But no, on this occasion they are describing something far more sinister than a woman who knows her onions about the price of eggs. The symptoms of drinking vino destructo include: being aggressive, a loudmouth, rude, shouty, offensive, slobbering, raging, embarrassing, belligerent and being influenced by testosterone. Now, I’ve been to a Spurs friendly,* and these traits are exhibited by many a patron of terraces up and down the country. So, if you can’t afford a season ticket to a premiership club, just subscribe to BT Sports, wee in the corner, top up yer missus’ Lambrini and it’ll be as good as the real thing.

*They were playing FC Porto I believe, I can’t remember the score because I didn’t care.