Oh Good God, it’s Friday again. Which, on the one hand, is good and, on the other, is a reminder of how little one can achieve in 5 days. Unless one includes biscuits consumed, in which case, both of us are WINNERS at life. Anyway, our weekly productivity aside, we’ve consumed, digested and repurposed ten absolutely delightful sexist news stories just for you. Make sure you’ve some Gaviscon handy, darlings.

Hey new mums! Enjoying spending time with your new bundle of joy? Are you blissfully in love with this tiny person? Well stop it, put the child down, mop up all your grotesque leaking and stand suggestively on one leg for The Sun. What? The sprog is 4 days old and you don’t have a svelte figure to ‘step out’ and ‘showcase?’ You’re setting a bad example to your impressionable wee bairn. If you’re not mincing around in FASHION and staring into the middle distance, how will your progeny know what a woman is for?

8) The Art of Lip Reading

Woman know thyself. And do you know how best to learn about your own personal motivations, desires and ‘love life’ style? Yes, that’s right, consult feminist tabloid the Daily Mail. At the Mail they know what women want. They know we all want to send signals with lipstick, in lieu of having to have actual conversations with people we might end up shagging. I’m no different, I want a special man, a man who can read lipstick. I want him to think ‘maybe she was born with it,’ and ‘she’s worth it‘ and that maybe I embody ‘the London Look’ i.e. a bit old, drab in places and besieged by fucking pigeons.

I’m concerned about this strategy; what can possibly trump a sexy women shoving an infant’s craft corner up her back passage? Yes, there’s some arse tinsel leverage come Christmas, but how will Desmond keep the wankers interested for the rest of Michaelmas? A Kardashian shooting a catherine wheel out of her muff?

Or how about some fucking news? Just an idea.

6) Absolute nobody isn’t keen on his wife’s trousers 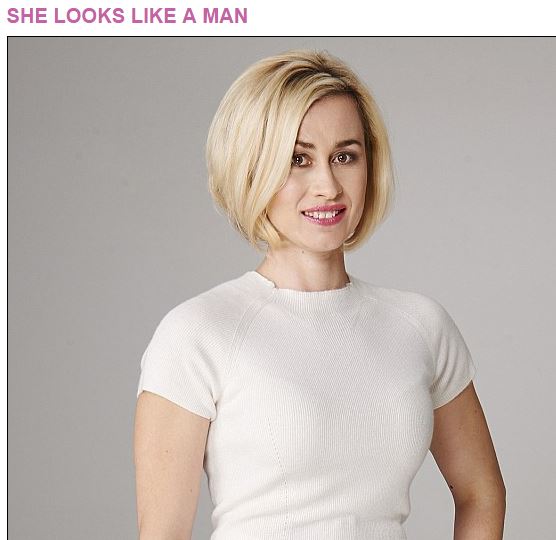 is an adequate summing up of the contents of Daily Mail on any given day.

This rotting bin of offal fits neatly into the shame category, as Allan Gourdie’s ‘trophy wife,’ Lenka, is slagged off for dressing herself in the mornings. ‘She looks like a MAN!’ grunts Allan – spelt with two L’s – while his wife wears some trousers. Fancy! A woman in trousers!

They’ll be letting them in pubs next!

P.S. There is not a new trend where women model outfits loathed by their partners.

5) Blame it on the haunted dolls 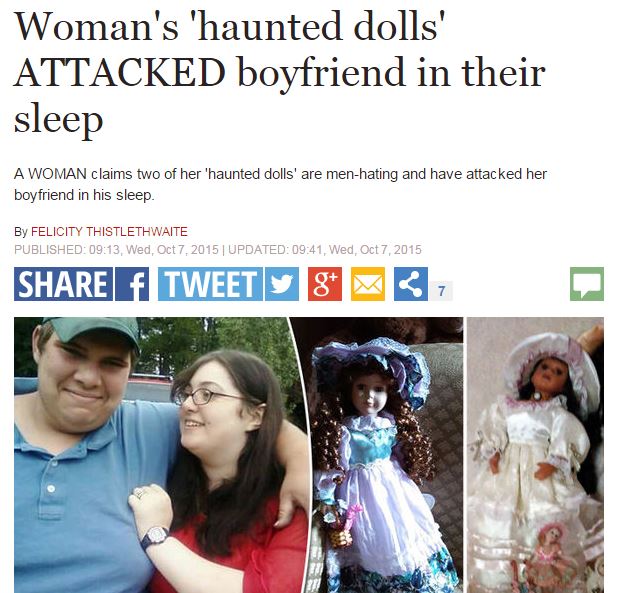 The Daily Express this week reported that a woman whose name I have forgotten has a bedroom full of terrifying haunted dolls, two of which hate men and attack her bloke in his sleep.

I mean, why, why would she keep her man-hating dolls in the bedroom? I keep my man-hating dolls safely locked away with my malevolent ghost street urchins and my vintage arsenic collection in the downstairs pantry arsenal, only bringing them out to pass the blame if I break wind, or accidentally knee my boyfriend in the knackers during a fretful sleep. You can never be too careful.

Oh Britney, darling. Why are you reading such ‘tawdry‘ drivel? Really, if you want sophisticated reading material for a busy gal on the go, what better to pick up than a copy of  the Daily Mail? Or, if you want a weightier tome along the same lines as Rothermere’s Mail, there’s always Mein Kampf. 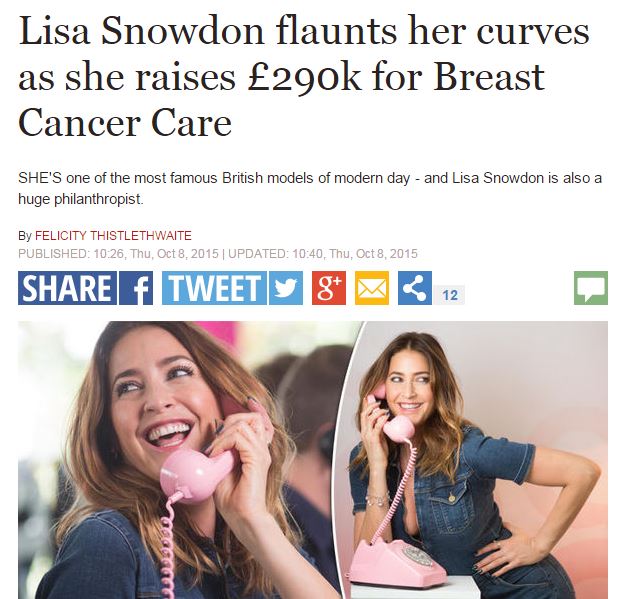 Lisa Snowdon is a huge Philanthropist, and hasn’t she got lovely knockers! Here is a picture of her holding a child’s toy phone and laughing at the sky. And doesn’t she look sexy doing it! The Daily Express are thrilled she’s flaunting her curves in such a benevolent manner, and included some lovely pictures of her cleavage. Ahh, the Express are all about charity, the kind hearted souls. It makes me feel all warm inside. 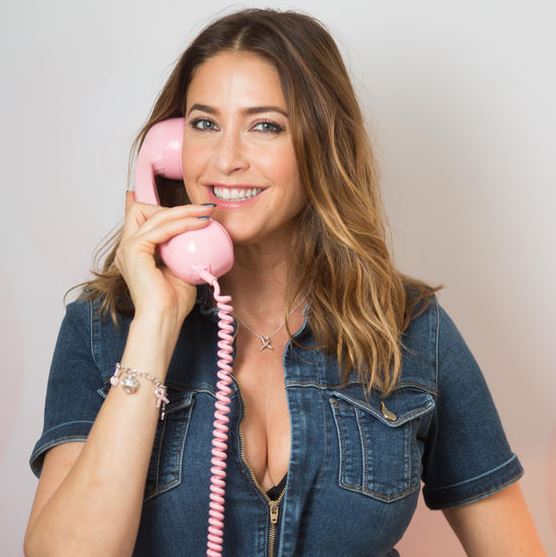 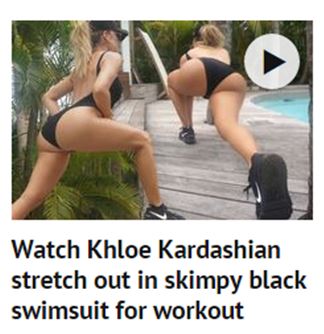 Want to see a video of a stranger’s undercarriage, as she crawls about on the floor like an injured lizard? Yes? Then head on over to the homepage of the ‘thinking person’s tabloid,’ the Daily Mirror, and have a good think about exactly when and how your soul died.

Hats off to The Sun team here. No, really. And when I say Sun Team, I mean whoever it is that shovels tepid tripe into the printer at News UK. Apparently, Rihanna is a crocodile, Drew Barrymore is a platypus and Miley Cyrus some kind of guppy. For some reason, no men featured in this list, despite some chaps having clear animal face poses. Please see fig. 1. The Tortoise Scrotum face pose, Fig. 2 The Tiger and Fig. 3 The Plaid Twat Badger. 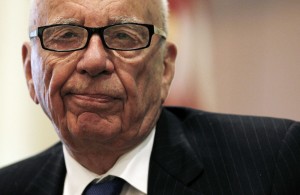 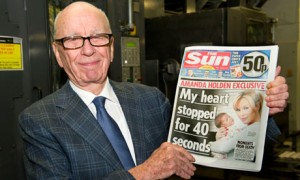 So that’s that. How’s the acid reflux? It’s funny how these ‘journalists’ never cease to find ways to insult, objectify and belittle. It’s almost impressive. So, we have interesting weekends ahead, Flora is doing something wholesome up north and Iris is going to be making a terrifying papier maché rabbit head. Essentially fun and oddness all round. Adieu sweet readers, until next time. Iris and Flora x