Hello dear, dear readers. Well, what a week. We’ll admit it’s been a bit trying in places; Iris realised she’s really, reeeally shit at painting her nails like a proper grown-up woman and Flora had an incident with a fox, a biscuit tin and a discarded vibrator. So, it’s been all go here, and in La-La Land, (or News UK as it’s also known) sexist news went from the sublime to the refuckulous, but we’ll get to that later. Sit back, let us stroke your brow (reassuringly, not sexually you understand) and let us dash you in the face with the news equivalent of stale washing-up water.

10) The Great British Face Off

Sturdy purveyor of rotting offal, the Daily Mail, this week finally tackled the issue that had gripped the nation for days many: does Katie Price look rougher than Alicia Douvall sans slap? To settle the thorny affair once and for all – with the aid of cutting edge computer shit – the Mail added a helpful poll, thus allowing readers to face-shame random women they had never met in ‘the only vote that counts.’ How helpful!

As an aside, they also reported that Alicia Douvall would ‘rather be dead than not have tits.’ Make of that what you will.

9) Inane Tripe of the Week Award

Careering away from this week’s media controversies like my mum on a scooter, the Express delicately embroidered a series of news stories so bland they practically evaporated into a light mist upon reading. First came the startling expose, ‘Twiggy: My hair has always been important to me,’ followed closely by ‘Fern Britton teams patterned blouse with thick quilted coat to film The One Show’ and 87,000 articles about Susanna Reid’s nice voice, face and hands. Yes, in Expressland, women are flimsy, perfumed figurines, whose overworked little brains are filled with hairspray, blouses and Yardley soap. Excluding, of course, Josie Cunningham, who is SATAN, but that’s another story; a tale too crass and troublesome to worry your pretty ickle heads about. Please excuse me whilst I quickly vomit on my floral blouse.

Daily Mail, have a sit down and a cold drink. You’re describing a jewellery advert for posh earrings and watches, not a Juliette Binoche film. There, there, are you feeling better? Should we ring your mum? Yes? Ok, she’ll be here in ten, perhaps it’s best you wait outside. Don’t forget your school bag. Shut the door on the way out. 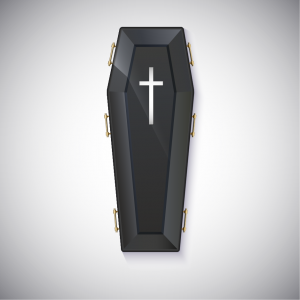 The Daily Star gifted us with this highly dubious story: for a laugh, an undertaker made a calendar for his mates, so they can jot down dentist appointments and when they last wormed the cat. It’s your usual fayre for calendars That Blokes Generically Like, basically women in thongs and that. But this one was special: the women in thongs were draped over coffins. Coffins. Yes, life is mysterious, grotesque, dark and sensual – I know these things, I’ve been in a Wetherspoons. And Freud talked about sex and death going hand in hand – I must say I’m not averse to the odd petite mort myself – but come on. Is there nothing breathtaking idiots won’t pay women to lie on?

6) There are tits on the internet, apparently 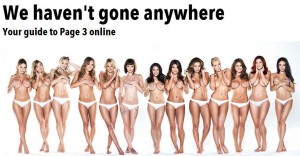 Following The Times’ report that Page Three had been chucked in a massive bin, The Sun published a digital manual to guide bereft wankers through the perilous quest of locating oiled-up knockers online. Unfortunately, the Sun’s commendable efforts were met with vexation and full blown mantrums: Page 3, once a British institution, had gone the same way as ‘the £1 note’ and ‘the GCE’ lamented one lonely chap, forever nostalgic about inflation and the expanding coursework component of Geography. ‘When did England become a communist state – say goodbye to £8 a month from me’ retorted an unfortunate bloke named Andy and, our favourite: ‘Looking at page 3 in the newspaper seemed natural as all the family viewed it. Now if I look online it feels sleazy. Shame on the Sun.’

Just think about that for a moment. If your skin isn’t crawling, there’s something wrong with you.

5) The return of the Faj Merinigue

Our favourite faj meringue peddler, Lisa Palmer, 41, of Tunbridge Wells, Kent, this week flogged her wares on live morning telly, performing some sort of cookery demonstration on the privates of ‘three brave women.’ Troweling pavlova onto the unmentionables of Abigail, 74, Palmer revealed that the ‘cubs’ she dates (VOM) say she has ‘the vagina of a 25 year old.’ Whilst we at Tights are delighted that Ms Palmer has built a career out of shoveling blancmange into the unfortunate crevices of anxious strangers, we are perplexed by the idea that we should even know how old our vaginas look. I mean, my wrinkly minge is literally at the bottom of my list of worries – I can’t even SEE my undercarriage and, besides, if I attempted a ‘vagacial’ I’d only end up eating the mixture. Cakes rarely make it into the oven at my house. My vagina’s got no chance.

The Express have been good to us this week. And by good, I mean largely toxic to sentient humans. In a staggeringly pointless article about Gwyneth Paltrow wearing a dress in which you can see the bit of her boob which is actually more underarm than tit, I’m wondering if they’ve in fact developed an algorithm for drearily describing the contents of a photograph which has served to replace their actual ‘journalists.’ I wonder if The Express have the budget to license a computer programme that can ejaculate in its own shorts. This is the future. 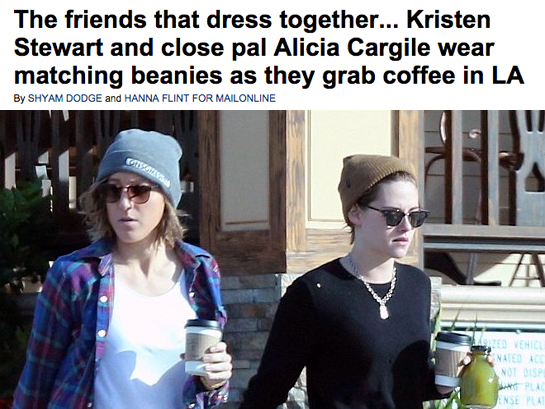 Let’s not kid ourselves that The Daily Mail provides much in the way of incisive social commentary, politics beyond the grimy, scaly, fibs of Farage or anything even approaching the most rudimentary common sense. And even with these delusions cast aside, one can still find themselves marveling mind-bogglingly at just how abysmal their excuse for journalism really is. Maybe in this instance we’re actually discriminating against journalists with a very debilitating condition: Hat Blindness. Yes, we understand a small amount of the population suffers with this wretched affliction and we should offer help whenever possible. As in this very sad case from yesterday, it’s doubly tragic because TWO of the Mail staff seem to have been doomed to wander this earth not realising that some hats are actually different. Should we keep quiet and humour their mistake? Or should we tell them that Kristen Stewart and her mate ARE NOT WEARING MATCHING FUCKING HATS?

2) The Dark Side of The Sun 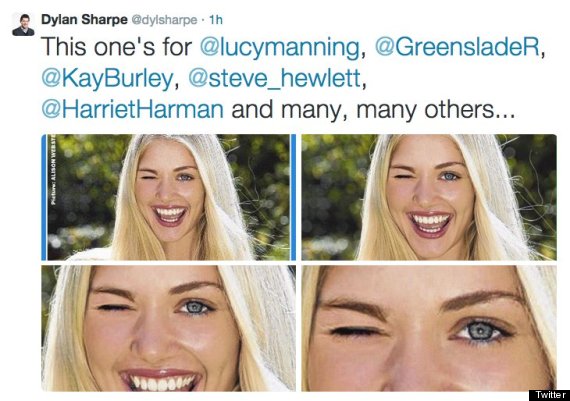 What’s wrong with her EYE?

We’ll level with you all, we’re pretty invested in the No More Page 3 campaign, they offer us tea and tell us how nice we are when we retweet the petition. Plus they share this blog which does our WordPress stats the world of good. Anyhow, we also think Page 3 is a steaming pile of rank misogyny, so we see eye to eye on pretty much every level. So, imagine our delight when it looked like we had helped The Sun to reconsider its nipple policy! They were going to objectify women on a different, more pants-advert level. Still bollocks, but we had helped make it slightly less bollocks. We got a bit trolled by some chaps who would likely be hard-pressed to locate their own (non-opposable) thumbs, felt a bit chuffed and went to bed. And dans le matin, what did we see? A nuisance of man-boys gloating about putting nipples back on the agenda…

Head Boy and passive-aggressive PR disaster, Dylan Sharpe, had clearly been left unattended with Tweetdeck and started flinging topless photos of Nicole, 22, at people who oppose Page 3. If nothing else, this is a thoroughly interesting marketing development – maybe it’s a new-fangled thing from America? Act on Twitter like you want to give everyone wedgies? Like you’re actually holding your ickle willy and crying, but no one will ever know because you’re behaving like a MASSIVE dick? Tweet whilst chuffing one out at your desk? Who knows, this could merely be the result of a very bad innovation seminar. Whatever the motivation for acting out like the kid that syphons off all the blue Smarties at a school disco, the possibilities for Dylan – and let’s not forget Dave Dins and Rupes – being better at their jobs and being decent human beings, are literally endless. 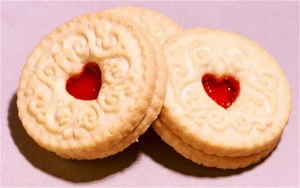 Jammy Dodgers with their retro, and frankly superior, livery.

Much as we’d like to nominate News Corp’s finest for TWISN top spot, there’s a more egregious reminder that the world is out of kilter due to sexism. Now, anyone who knows me knows I like a biscuit (except Garibaldis, they can fuck off), plain chocolate digestives are like crack to me, I’ve just eaten four whilst typing this. So, I am prepared to accept that women and biscuits are not mutually exclusive. I do however take issue with a report on childhood tea-time treats being located solely in the ‘Femail’ section. Biscuits do not have a biological sex…do they? *turns custard cream upside down*.

THIS IS BLATANT REVERSE SEXISM. Actually, I’m being facetious, it’s not really, that isn’t A Thing – (anyone who wants to argue the toss about this just cut to the chase and call us lesbians on Twitter) but it is prejudiced and that saddens us here at Tights. I know dudes that LOVE biscuits – they can polish off an entire packet of chocolate fingers in a heartbeat, they’ll go out late at night jonesing for shortbread. These are the people you’re leaving behind Daily Mail…think on.

Well, there you have it ladies and gents. It’s been emotional. We have a busy day ahead, Iris will be watching manicure YouTube videos in an attempt to blend in with womankind, Flora has some serious explaining to do regarding local refuse collections and we both need a lie down, a stiff gin and some bourbon biscuits.

On a side note, should you wish to support No More Page 3 by signing the petition, (which has been soaring so you’ll be getting in with the zeitgeist), click here:

To show the campaign love on Twitter (something much appreciated amongst the avalanche of knuckle draggers hurling juvenile and misogynistic abuse) click here: @nomorepage3