Ranty Pants: Have Your Say!

Greetings dear readers! Have you recently seen something infuriating? Have you read an article that made you angry enough to burn down your own house? Have you been told that changing your prefix to ‘Ms’ on your bank account is a bit aggressive? Is your boss a sexist douchebag with an ego the size of  North Yorkshire? Yes? Well, fume in silence no longer! Make a nice cup of tea, eat a buttered scone and tell us all about it. Submissions can be daft or serious and can take the form of articles, open letters, poems, drawings, cross stitch creations…I’ve run out of suggestions, but you get the idea – wang ’em over to: floraniris@gmail.com.

This week we’re sharing a blog written by Larna Pantrey-Mayer:

10 Killer Sexist  ‘Qualities’ About (some) Spartan Women That Make Us (speak for yourself) Sexy (erm, quite a subjective term) 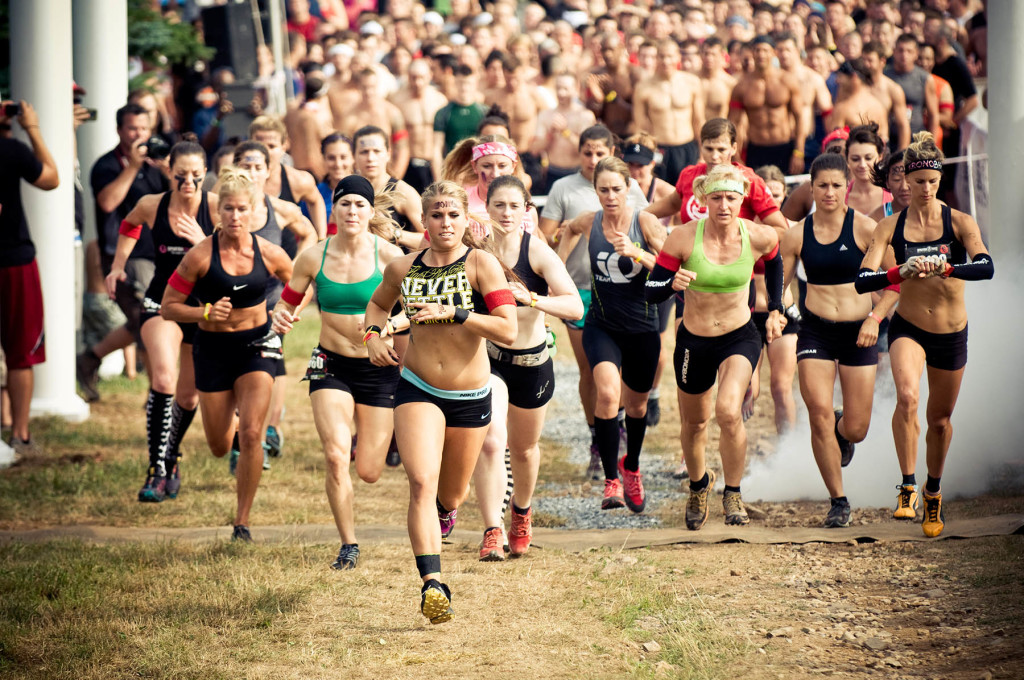 I literally, not figuratively, literally do not know where to start with this. As I read it and I tried to convince myself it’s a parody piece – it’s not. I then tried to comfort myself with the name of one of the tags, ‘Opinion’ – is it OK it’s a POV piece? I derive no comfort from that. Does it make it OK that it’s written by a woman? No.

What is it that bothers me about it the most?

It’s the fact that I’m not surprised by it. Nothing about it shocks me. As a woman who competes in a lot of athletic events I have come to expect this level of demeaning rubbish that berates all the physical and mental endurance a race like this demands in favour of a ‘puff’ piece of heteronormative bollocks. My issue with this piece of ‘fluff’ has nothing to do with my fellow competitors – male, female and all others. A Spartan Race, like numerous other assault and endurance races, is gruelling. They are mentally and physically exhausting and demand a huge commitment on your time, wallet and body.

As a woman I found it, and the training, paranoia inducing. I worried about the ‘limitations’ of my female body, I worried that people would talk negatively about me when I didn’t have the upper body strength to do monkey bars, I dragged myself through endless sexist advice regarding clothing (one guy’s article about ensuring I invest in a good sports bra to ‘preserve my modesty’ – whilst we’re here, investing in a decent sports bra for this sort of event is essential. It’s so you don’t damage your body. It has nothing to do with your nipple falling out and making everyone blush.) On the day I felt uncomfortable with men stopping to help me without being asked, when I got stuck in mud or fell – I felt like a burden, I even heard a small number of comments that the women should race separately, on the race I heard comments from guys about women’s bottoms and breasts, one guy, whilst we were crawling on our hands and knees under barbed wire, shouted out that women would be good at this because they were used to being on their knees and numerous other minor incidents.

Overall, I realised you had to own it (the race) and your body.  It was a very enlightening and valuable experience – so valuable I’m doing the trifecta this year and I have recommended it to friends. Because at the end of the day – in sport, we’re pretty used to this sort of thing.

The author’s top 10 definitions of Woman Spartan sexy qualities are as follows, and the author assures us ALL Spartan women possess them:

I am not self-assured without make-up on. I wrestle every day with how confident with my face I feel and on a regular basis I debate whether wearing make-up is counter to my feminist politics. Often I land on – ‘I would love to be attractive enough to be able to not wear make-up.‘ I appreciate the irony of this but all things considered I think it’s safe to say I would not count it as self-assured.

I’ve never fretted over a broken nail. Not before training, not after training and never during an event – unless I rip it off and then the pain makes me fret a fair bit. Let’s be clear though; it’s perfectly fine for those who do to fret about it. In fact, to those ‘girly’ Spartans – it’s completely cool for you to totally plaster your face with ‘slap’, paint your nails, don a pair of fairy wings and run in a bright pink tutu if that’s what makes you feel good.

Wearing make-up and getting a manicure does not make you any less of an athlete.

I don’t love showing off my muscles. I take a certain amount of solace in my arms being less flabby, and yes I do feel more attractive – but that’s because in this fat-shaming society I understand the link between thin and socially considered attractive.

And yes the author did fat-shame just then.  I also suggest the author reviews the classic definition of ‘feminine’. I have a sneaking feeling that the author has twisted the definition to suit her own ends. I don’t think classically the meaning of ‘feminine’ has ever been used to describe, “… sculpted shoulders, strong biceps, sleek abs, and our rocking curves.”

Erm… no I don’t and my hair’s too short for a ponytail. I used to be 17 stone; my stomach area looks like a crash zone. Because I don’t have perfect abs and am not svelte I don’t feel comfortable running around in just a bra. I think we covered this in the fat-shaming.

Hang-on does that make me less of a Spartan or just more aware of that I live in a society that judges my value as a woman/person on my appearance, so I try to play to my strengths – my belly is not one of them?

Err No. But my sarcasm is pretty infectious.

Is this politely shunning chivalry and yet ego-massaging the male psyche simultaneously? Because if it is for that (and only that) I’m quite impressed. No sarcasm intended.

“Bruises are proof that we work hard to conquer challenges that many assume we cannot handle on our own.”

They’re also a sign of clumsiness, cancer and abuse.  And having run a number of these events a sign you may need to invest in some padding (knees) before you do any permanent damage. Also, who are these ‘many’? And are you running up to these people and showing them the ’proof’? If you are so strong and such a force to be reckoned with, why do you care?

Oh hang on… is this really about altering people’s perception of you?

And this is the rub… this gives way to the classic feminist argument – do all women have a collective identity? (I’ll give you a clue, the answer’s no)

So to the next question, do all Spartan women have a collective identity?

Do you still need a clue?

According to whom do Spartan female participants prefer experience over material possession – I’m calling this out. I want to see data. On what information is this article based? Qualitative and quantitative data?

And… if you read the rest of the info the insults keep coming:

“If you are single and looking for someone who loves fresh air and who doesn’t require constant pampering, a Spartan woman is the perfect girl for you! “

In other words; “women at these events are in a very physically demanding Miss Sports World beauty pageant. Single men! Come on down and pick up your low maintenance piece of meat – she costs very little, demands even less, Christmas and birthdays are cheap but you will need to bathe her before showing her off. But don’t worry! Under the broken nails, mud and messy ponytail is a splendidly toned figure!’

When I read this comment it comforts me to think of Katie Nolan.

Mums, there’s no in-between the lines here. She has laid this out on Front Street; as a woman, who is a mother, if you do not complete a Spartan Race you are a bad mum. Your child will grow up to be forever uncool and a complete failure with no sense of drive. It will be your fault and it will hate you for all eternity. For a mere £££s you can change this. Then you can sign up your child for the Kids Spartan race too (for extra £££s).

If you do not run a Spartan Race you are pathetic. Fact. Need the author say more? NO. Please stop. You’ve done enough.

At the end of the day this article is nothing more than an ad to get women enrolled on the race. It’s attempting to sell the experience as a means to bag a bloke.  And it’s doing so via two methods: the defeminising of women to take on a masculine idea of the female athlete and using an ironic ploy to sexualise the independent woman who doesn’t need a man to find her sexy – the ‘I don’t care if you think I’m sexy – but just so I know, you find this sexy, right?! ‘ POV. It’s farcical.

Personally I think discouraging sexist catcalling at the event, engaging a campaign partner like This Girl Can for advice on reaching out on female engagement and the inclusion of more toilets during the race would do far more than playing upon women’s physical and social insecurities.

When you run past another female participant talking to her friend about needing the loo you automatically sneer – just pee behind a tree, pull yourself together?! When I realised it was because she needed to change her tampon and she has no privacy to do so I was awash with guilt. It was horrible to watch and there was nothing I could do to help her.  There were two toilets on the race, one at the start and one at mile eight/nine. She was at mile six. It was the same at the Brighton Half Marathon. Currently sports events are far too fixated on praying on insecurities and not enough on giving women what they need to compete.

You can read Larna’s blogs here and here.