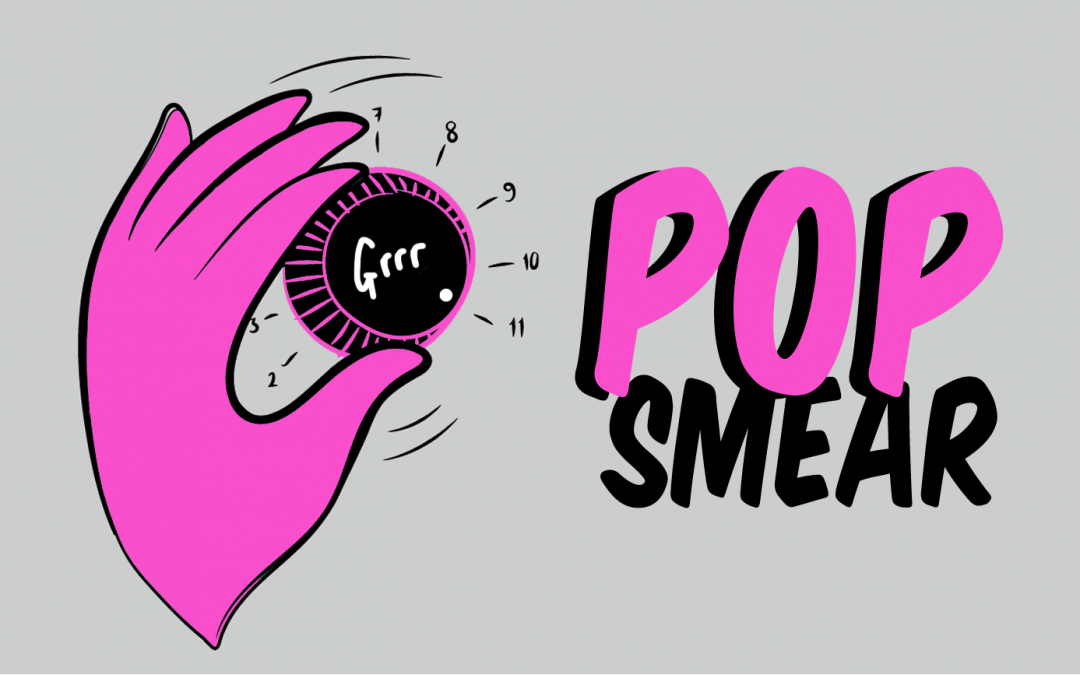 OK. I have a confession to make. I have joined a gym. Partly to get my (probably correct) mother off of my back and partly because as a violently sedentary freelance illustrator, if I had a Fitbit it would pack it’s tiny bags and leave me for someone with an actual pulse.

I won’t lie and pretend it’s a huge chore because I actually quite enjoy the endolphins*. I also flipping LOVE peddling clammily to a soundtrack of livid popstrels. It turns out some of my very favourite pop songs are basically about women who are really fucked off and lo’ these snippets of musical rage are amazing motivators.

I just imagine that via the cross trainer I am avenging Beyoncé, Kesha and Kelly Clarkson with kinetic energy and suddenly I’m Jessica Ennis-Hill in shit leggings.

Below is a 30 minute playlist of rhythmic raging should you need a boost in the gymnasium. Alternatively, you may just want to hear some cracking tunes that are laced with wrath.

Here’s the Spotify playlist if you want to have a listen.

So this one starts thumpingly well; there’s the sound of what I imagine are missiles Kelis is firing from her MIND wee-ing and woo-ing menacingly in the background.

Kelis is fucked off. She can’t even.

This song is excellent if you’ve just put the level up to 10 on the exercise bike because idiots from the free weights area keep walking past and silently judging you for only having it on a 3. The bit where she appears to be loading an automatic weapon trained on fuckboy’s retreating nuts and screaming to a steady beat is so zesty you can leave your Lucozade Sport in your locker.

Aside from the fact that this song has the same irritating name as a brand of pushchair, these three ladies are melodically miffed. The beat is, as they say, sick and it has a satisfying and stuttery baah baah baah bah bah noise that repeats pleasingly throughout. I confess it sometimes makes me do jerky head movements in time and though I feel pretty righteous, I probably look like a hot, pink idiot.

And No, Mr Bug-a-boo, it’s not hot ‘That [they can’t even go out with [their] girlfriends Without you tracking [them] down’. It’s slightly hotter than… oh sorry, nothing.

In a sarcastically sultry voice, over atmospheric synth strings – presumably based on an entire orchestra of tiny violins – Madge says ‘sorry’ or ‘forgive me’ in French, Spanish, Dutch and Italian. I use this non-punchy intro bit to readjust my bra straps before the thumping beat kicks in and I KILL IT.

My favourite lyric is: ‘There’s more important things than hearing you speak’, OUCH, can you feel the buuuuurn? Somewhere there’s a guy wondering in what universe his excuses for being a total dickhole could possibly be so freaking misunderstood.

This song is basically a disco diss. Maybe there is a new genre there, DISS-co.

I’m not sure Amos can be described as pop as I’m one of the the only people I know who can stand her. But this has a weird and terrific beat. I like to imagine she’s thumping an upturned bucket with a plunger and some spoons, though I’m probably being a bit conservative in my imaginings, it’s probably a stuffed ferret and knitting needles.

I never thought that drums and a twiddly harpsichord type instrument would be gym-listening material. But it is.

I haven’t got the faintest idea what’s going on, bar her having a cold. She sounds irked though and such idiosyncratic and pulsing pique never fails to spur me on on the treadmill.

In the background the sound of a startled robot hamster can be heard while, what can only be someone repeatedly hitting a plasterboard partition with a rubber mallet, thumps out a cracking beat.

This giant eyeroll of a song is basically schooling an absolute twat, that (crucially) had the opportunity, but DIDN’T ask Beyoncé to be his MUTHAFLIPPING WIFE, in how not to be a jealous prick.

Extra points for doing some of the moves from the video on the treadmill without fracturing anything.

What Have You Done for Me Lately? Janet Jackson (5:00)

Wang on a high-legged leotard, some leg warmers and exercise jerkily to this 80s slice of simmeringly synthy spleen.

Essentially Janet has been ‘love-bombed’ by a weasel who used to take her on exciting dates to restaurants and discos, but who now just sits on his arse while she cooks. This guy has done fuck all for her lately and she’s not scared to sing about it.

I found myself miming to this one much like Alan Partridge giving it some to Roachford. I can’t promise you won’t make just as much of a tit of yourself wth this one in the mix, but it’s a risk worth taking.

Thung thung thung thung thung goes the impatient bassline before the drum machine picks up. Clarkson starts subtly, quietly, reasonably even; like the pitch of one’s voice making a domestic request that inevitably leads to a blazing row. A little bingy-bleepy noise builds the anticipation… and the she LETS RIP.

This is one of the best workout songs ever. I cannot confirm or deny whether I punched the air the last time I listened to this while cycling moistly to nowhere.

This is a thumpingly obstinate, trumpet-flavoured burst of wilful joy. So this isn’t exactly a pissed off song. It’s a post-pissed-off song. It’s an infectiously glorious musical ‘fuck you’.

Apparently I was grinning like a loon while I whacked the cross-trainer up to 11 with ‘Woman’ spilling out my novelty frog headphones.

If ever a song was about flipping-off entitled, patronising men, it’s this one. And it’s ACE. Listen to it regardless.

So that’s 30 minutes** of tetchy tunes to help you get your lycra ON. Or not. If there’s one thing all these songs can do, it’s remind us all of douchebags we have known. If that doesn’t get your pulse up, cardio definitely won’t.